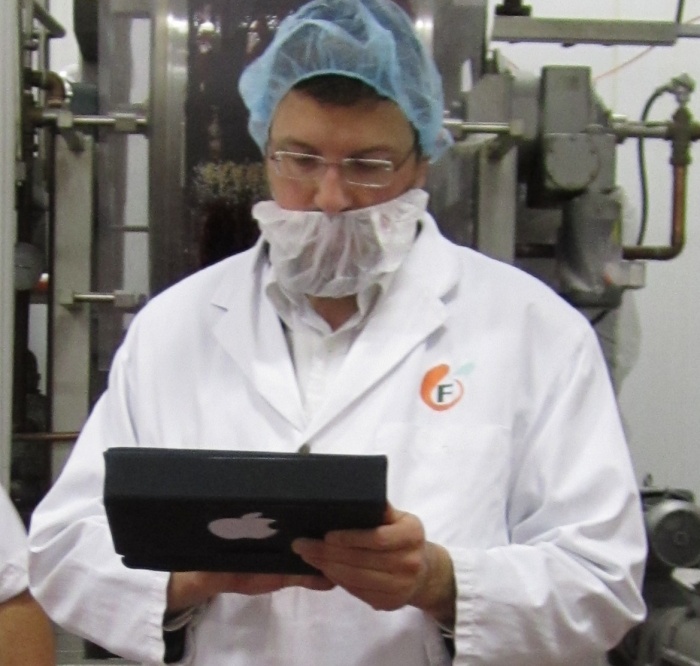 The kosher dietary laws are thousands of years old. But that doesn’t mean COR (the Kashruth Council of Canada) is behind the times because COR’s industrial Rabbinic Inspectors have recently gone digital. COR invested in its kosher standards and infrastructure by designing a customized iPad application for its Rabbinic Inspectors to use when they make inspection visits to its many valued kosher companies.

In years passed, COR’s Rabbinic Inspectors would have to bring in a list of the ingredients that were supposed to be on a particular production line, verify that the ingredients were indeed present, and then once they returned to the office, write a report to be filed with COR’s Director of Industrial Kosher Operations, Rabbi Sholom Adler. Now, the iPad application provides COR’s Rabbinic Inspectors with real time access to ingredients, products, and previous inspection reports thereby improving further the kosher standards that COR is already well known for. In addition, with the iPad application, the Rabbinic Inspector doesn’t have to wait until he gets back to the office to file his report, now he can complete his report while he is in the food manufacturing facility, and send the report instantly to COR for approval, and directly to the company as well.

“That’s what I like most about COR’s iPad application,” said Rabbi Yechiel Teichman, Rabbinic Coordinator at COR. “I can fill out a report on the spot, and send it to the company immediately. It shows companies that COR is not only about helping provide kosher consumers with kosher food, but it is focused on providing exceptional customer service to our kosher companies.”

Joseph Sheinis, COR’s software developer and the driving force behind COR’s iPad application sees value in its ability to increase traceability and confidence in our systems. “Our world is moving towards a paperless environment for good reason” explained Sheinis. “COR’s iPad application for Rabbinic Inspectors allows COR to keep track of kosher products and processes in a way that was never possible previously.”

Finally, Rabbi Sholom Adler, Director of Industrial Kosher Operations sees the merging of the ancient kosher dietary laws and modern technology as a perfect union. “Industrial food manufacture is a highly complex process and in order for us to remain confident that the food we are consuming conforms with the kosher dietary laws we must use all of the tools at our disposal. COR’s new IPad application for Rabbinic Inspectors is an excellent new tool.”

The Jewish people have been keeping kosher for thousands of years. Apple released its iPad just over a year ago. It’s about time.