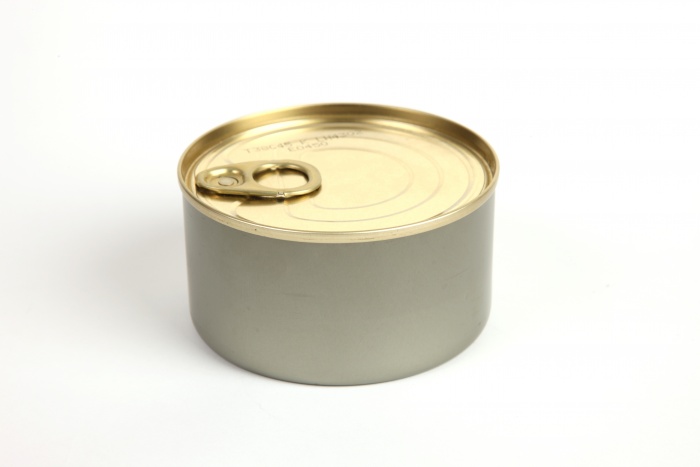 Canned tuna has been a household staple since the advent of its canning process in the early part of the twentieth century. Mixed with mayonnaise and spread between two slices of bread, tuna sandwiches have been dubbed “the mainstay of almost everyone’s childhood”[1]. This article presents a summary of the primary kashrus concerns that pertain to canned tuna production and explains the differences that exist amongst major kashrus agencies in their methods of supervision.[2]

Establishing the Identity of a Kosher Fish

The Torah[3] states that in order for a fish to be considered kosher, it must have both snapir (fins) and kaskesess (scales[4]). Chazal[5] teach that any fish that bears scales will certainly also have fins[6] but some fish, such as catfish, have fins but do not bear scales.[7] Accordingly, once it is determined that a fish bears scales, it is considered kosher even if its head has been cut off such that the existence of fins can no longer be ascertained.[8] Repeated examination of tuna used in factories has determined that it bears scales and is indeed a kosher fish.[9]

The Rambam’s[10] position is that it is a positive commandment to check each fish before consumption so as to confirm its kosher status. If confirmation of scales is impossible, one may no longer consume the fish, even if the fish is purported to be a kosher species. Skinless fish fillets may be purchased only from an individual who has halachic ne’emonus (integrity) or from a store that is supervised by a reliable kashrus certifier. Based on this principle, Rav Moshe Feinstein[11] writes that a Mashgiach must be present to check every fish that is processed at a manufacturing facility. It follows that a tuna factory would require a Mashgiach temidi (full-time kosher supervisor) to supervise production to ensure that every tuna bears scales before processing can commence[12].

Others take a more lenient approach to the kosher certification of a tuna factory[13]. They argue that due to the set of circumstances that guide tuna production, it is not necessary to check every tuna for scales. Instead, we may rely on the halachic principle that “no tradesman will willingly jeopardize his livelihood”[14] by misleading someone and giving them something else instead of tuna.

Independent fishermen that are selling to factories seek to limit their catch not only to tuna but to the specific tuna that will be used by the factory. The fishermen use specially designed nets for this type of catch and they examine the fish when the catch is made. All other species that are caught in the nets are removed either on the boat or at the dock. The fishermen examine the catch once again prior to its sale and the buyers examine the fish before purchase to assure that the fish is the type necessary for production. The reason they go to these extremes is that factories will not purchase any other fish from them. Their factories are set up to process specific species of tuna with maximum efficiency; they are therefore unwilling to take any other type of tuna. For the purposes of quality control, they will not permit the introduction of a fish, even a different tuna, whose appearance differs from the rest.[15]

Furthermore, Government regulations are strict about putting other species into cans if they are not specified. The factory, which is supervised by Government inspectors, does not want to have any species other than tuna.

Finally, Mashgichim are assigned to visit these factories from time to time to ensure that all species that are used are kosher. After many years of visiting tuna factories, Mashgichim have reported that they do not find non-kosher fish in the factories[16].

Chazal forbade consumption of food that is cooked by a gentile (bishul akum), even if the raw product was strictly kosher, lest it lead to intermingling with them[17]. In a tuna factory, the fillets are cooked with hot steam until they are edible.[18] Then, after the tuna is cut and canned it is retorted again inside the cans – a regular cooking process. It follows, that a tuna factory would require a Mashgiach temidi to ensure that cooking processes are initiated by a Jew (bishul yisroel). This is the opinion of many kashrus certifiers.

There is an additional mitigating factor. The prohibition of bishul akum includes cooking, roasting, frying and baking[22]. It does not include pickling, salting or cold smoking.[23] There is a halachic dispute as to whether hot steaming (kitor) is included in the prohibition[24]. Some are lenient only when steaming is done in an industrial setting[25]. Therefore, it can be argued that even if tuna is considered fit for a king’s table it would still be exempted from the requirement of bishul yisroel because the initial cooking is done through steaming. Based on these arguments, a case is made to alleviate the necessity of requiring a Mashgiach temidi to initiate the cooking processes.

Kosher consumers should be aware that different standards and methods exist amongst kashrus certifiers. Canned tuna is a product whose standard of supervision can differ from one certifier to the next. Some are stringent and require a Mashgiach temidi while others are lenient and do not. Canned tuna that is produced under Mashgiach temidi is often referred to as or labeled “Bishul Yisroel” tuna because at these production facilities, the Mashgiach will initiate the cooking process. Both types of canned tuna are readily available on the market for purchase.

[2] This article attempts to present both opinions equally and does not render a halachic decision. Please consult with your rabbi for further guidance.

[4] Although kaskesess is generally translated as scales, not all scales qualify as kaskesess. Rama, Yoreh Deah (YD) [83:1] explains that kaskesess are scales that can be easily removed by hand or with a knife without tearing the skin of the fish. Scales that are embedded in the fish and cannot be removed from the skin are not kaskesess.

[6] This is the opinion of the many Talmudic commentators and Poskim. Kreisi U’Pleisi YD [83:3] asserts that the Mishnah is merely saying that a rov – majority of fish that have scales also have fins, but not that all fish that have scales also have fins. Accordingly, he writes that if a fish is found that has scales and not fins, it does not contradict the statement of the Mishnah. This opinion is contested by the Taz YD [ibid.:3], and Pri Megadim, Mishbetzos Zahav [ibid.].

[7] The Gemara in Chullin [66:] asks the obvious question: if it is true that any fish that bears scales must have fins, why should the Torah specify fins as a sign of a kosher fish? The Gemara concludes with the statement “Yagdil Torah V’Yadir”.

[9] See R.J.J. – Journal of Halacha, Vol. 15, “Is Canned Tuna Kosher?” by Rabbi H. Schachter, p. 9-10, who questions whether skipjack tuna can be considered kosher due to the fact that it lacks scales on its tail, near the fins and near the jaw. He concludes that it is considered kosher because it has numerous scales on its body. See Rama [83:1] and Kaf HaChaim [83:3].

[13] This is the position of the Orthodox Union (OU). See http://oukosher.org/index.php/learn/article/canned_tuna/ , FAQ – “Canned Tuna” for more details.

[15] Many tuna factories claim to be dolphin friendly or dolphin safe. This means that fishermen are wary of dolphins that swim together with schools of tuna. To prevent these species from becoming endangered, they employ methods to ensure that those dolphins are not harmed or mixed into the tuna catch. Although kashrus is not their motive, these methods help to ensure that the catch remains exclusively tuna.

[16] See “Is Canned Tuna Kosher?” by Rabbi Herschel Schachter, pg. 13 footnote 8. Rabbi Schachter permits canned tuna without inspecting every fish by evoking the power of rov (majority) where it is “a prevailing probability of such predominance that the alternative is one in a thousand”.

[18] In “Is Canned Tuna Kosher?” p. 20, Rabbi Shachter states that reliable Mashgichim have reported that tuna is already edible after the first steaming.

[21] This is the position of the Orthodox Union (OU). See http://oukosher.org/index.php/learn/article/canned_tuna/. They argue that the judgment of whether a food is considered Olah Al Shulchan Melachim“is not on the category of food, but on the specific product. For example, while a whole potato requires Bishul Yisroel, potato chips wouldn’t. The OU Poskim hold that canned tuna is not served at a royal table and hence is free from the requirement that only a Jew may cook it.”

[22] The permissibility of bread and bread products baked by a gentile is the subject of a different set of halachos called pas akum.

[25] Shu”t Minchas Yitzchok [3:26]. It is well known that Rav Moshe Feinstein zt”l was asked about the prohibition of bishul akum in an industrial setting and was lenient under certain terms. See a copy of the unpublished teshuva brought in an article written by Rabbi Menachem Genack, Mesorah Volume 1, p. 94. See also Sefer HaKashrus [ibid.] who brings Shu”t Shevet Hakehasi [5:135] regarding the halacha of bishul akum as it pertains to industrial pasteurization.