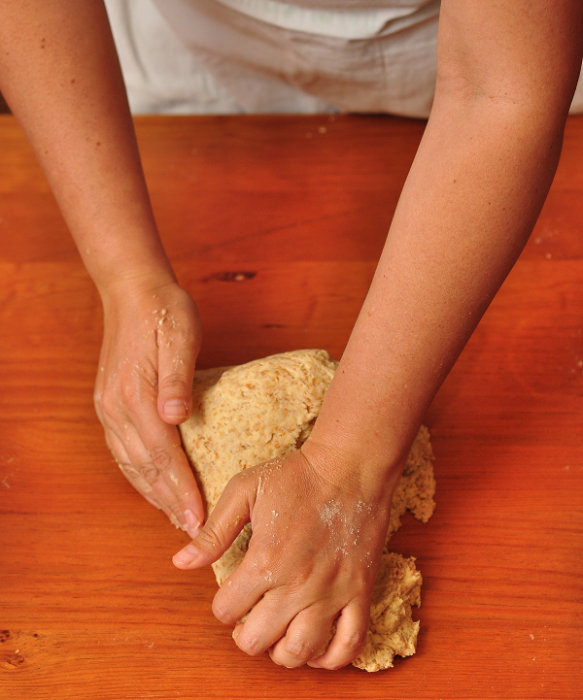 Almost 53 years ago, Rav Moshe Feinstein zt”l[i] was asked a shaila by a Rov who had become aware that a couple in his community left their young children at home[ii] under the care of a live-in caregiver who was not of Jewish faith. In order to ensure that their children would have only kosher food while they were away, the couple charged a neighbour with all cooking responsibilities. The Rov worried that perhaps this precaution was simply not sufficient and humbly posed the question to the Gadol HaDor. In a rather startling teshuva, Rav Moshe confirms the Rov’s worries by firmly proclaiming that it is forbidden to leave a gentile caregiver in one’s home under such circumstances. He reasons that we must be concerned for the possibility of a number of mishaps; a) she may cook food that is not kosher even just for herself; b) should the neighbour be late with a meal, the children may become hungry and she may have no choice but to cook for them – rendering the food not kosher[iii]; or c) she may mix meat and dairy. While Rav Moshe did not require that the home be kashered, he did prohibit use of kaylim for 24 hours and further indicated that in some scenarios kashering would indeed be required. Additionally, he urged the Rov to issue a stern warning to the couple never to leave their home under these circumstances again.

In my capacity as Director of Community Kosher for COR, I have been privy to several “kosher horror stories”; the most frightening of which happened to unknowing people who left their homes or facilities to the care of nannies, live-ins and kitchen workers. A caregiver once sadly related to me an experience that she had at a former employer. She had been charged with the responsibility of preparing the cholent for Shabbos. She would prepare all ingredients according to the employer’s recipe and place them into the crock pot that had already been ignited for her. One Shabbos, some guests complimented her on the exceptional taste of her cholent. Flattered by the compliment, she innocently explained that prior to putting the onions into the cholent; she would fry them in a pan that was greased with butter! She later reasoned that although she received strict instructions not to mix meat and dairy, she thought that this would be acceptable since she put the onions in a separate dairy frying pan prior to placing them in the cholent.

More recently, I heard of a couple that was accustomed to leaving their children in the care of their nanny, who would prepare and serve them dinner. The couple would leave the stove on in the morning and come home from work after dinner. One day, the mother casually asked what had been served for supper to which the nanny replied that she had cooked up spaghetti and meatballs with melted parmesan cheese! The Rov‘s firm psak was that the entire kitchen should be kashered as it was clear that the nanny did not know much about kosher and was likely a repeat offender.

Forever entrenched in my mind is a fiery drasha given by a Rov in Long Island, NY, where I was staying for Shabbos. The Rov advised his congregation that he would no longer be able to eat in a home that had “cooking help”. He related that he had received a call from a nanny who said she had a kosher question regarding a dish that she had prepared. Accidentally, she had used an ingredient whose kosher status was uncertain. Startled, the Rov asked the nanny why she was calling him and from whom she had received his phone number. The nanny explained that she serves as the cook in her employer’s home and she was given a clear directive to call the rabbi directly should she experience any problem related to kosher. His phone number was posted on the fridge for her along with other emergency phone numbers. How incredulous it is that the kashrus of this household rested on the shoulders of a nanny, so much so that she was the one asking shailos!

These are true stories that beg us to re-evaluate our own domestic environments through kosher eyes. They are stories of upstanding, erliche yidden who simply were not fully aware of the precautions that must be taken when employing domestic help.

If one does choose to employ a live-in or a live-out and involve them in the kitchen, one should ideally not leave the employee home alone.[iv] While this scenario is the ideal, it may not be practical, especially today in a world where it is extremely difficult to live on a single source of income. Indeed, if constant supervision is not possible, one may leave the house as long as ALL of the following minimum requirements are met:

1. The employee must be fully educated as to the relevant laws of kosher. Be aware that someone who does not keep kosher is easily confused by the complexities of these laws and, therefore, detailed directive is necessary. This includes clear differentiation between dairy, pareve, meat, bishul yisroel amongst other things.

2. The employee must understand the severe consequences that an error or mishap has on the employer. The employer must create a genuine “mirsas“, literally fear, such that if the employee would be subject to harsh discipline up to and including termination of employment should he or she ever knowingly or carelessly violate a kosher law.[v]

3. An authentic “yotze v’nichnas environment” must be created. This refers to an environment in which the employer could pop in at any moment without prior notice. If the employee is aware of a specific time period during which no one is home; a significant kashrus concern is created.[vi]

As is the case in all areas of halacha, one should always seek guidance from their Rov to ensure that their personal situation adheres to the dictates of halacha.