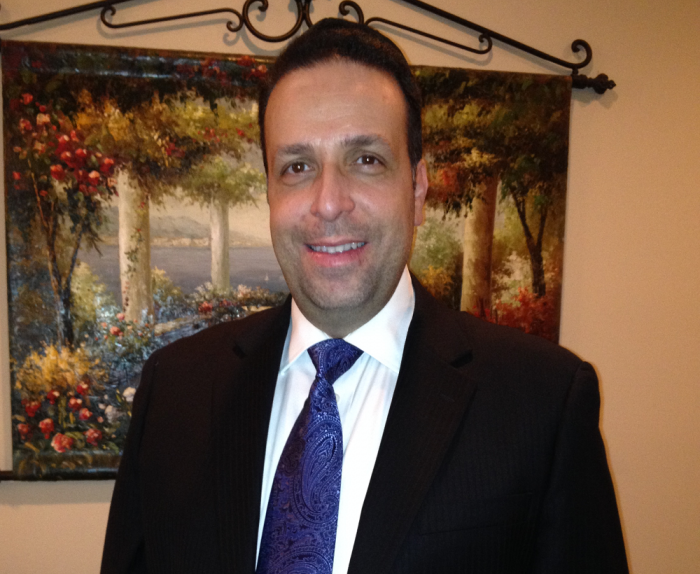 Ensuring that 15 food service outlets have their kosher program together on a daily basis is a demanding job.

Yehoshua Levy, COR mashgiach for 20 years, does just that, and his sharp eye and dedication to the kosher community have now provided him with international recognition.

Recently, Kashrus Magazine, a Brooklyn-based publication, selected Levy as runner-up for the award of “Kosher Supervisor of the Year” from among the nominees of 1,253 kosher certifiers around the world. This is the first time a mashgiach from outside of the United States has been recognized.

Yehoshua Levy started off his career in kosher supervision by working part-time while going through school, realizing that the field would provide him with great potential for personal growth.

“Hashgacha was something that I saw could suit me well because I love doing chesed and mitzvahs and I love helping people,” Yehoshua said. “It was very meaningful and rewarding.”

Transitioning into a full-time role after university, Yehoshua has had the chance to work at a vast array of COR certified venues, including cheese factories, flavour manufacturers, banquet halls, hospitals, nursing homes, grocery stores, bakeries and restaurants, among others.

Today he works as a COR “route mashgiach”, checking up on 15 food service locations, two to three times a day.

The route mashgiach system, which, according to Rabbi Tsvi Heber, COR’s Director of Community Kosher, is fairly novel among other kosher agencies, sees the mashgiach travelling to a route of establishments in the same geographical area and making a certain amount of visits per week.

While effective, the process requires an extensive amount of energy.

“My day is pretty fast-paced and busy,” Yehoshua relates. “Sometimes it can be a bit overwhelming since I have so many places that I take care of. I always hope and expect that things go well, but not every day can be that way.”

While Yehoshua has no typical day, since often unexpected things come up, he has a set plan regarding what he checks in each location.

After completing a thorough visual inspection, including monitoring the cleanliness of each facility, he checks fridges, freezers, invoices and dried goods. At dairy locations, he monitors the incoming cheese, and at meat places, he checks the incoming meat.

Among other duties, he acts as quality control with vegetable inspections, ensuring that the washed items have been properly labelled as ready-to-use.

Throughout his 20-year career, Yehoshua has demonstrated a number of outstanding qualities which prompted Heber to nominate him for “Kosher Supervisor of the Year”, including his excellent people skills.

“I believe that the key to success in kosher supervision is relationships,” said Rabbi Heber. “Yehoshua is very well-liked and he cares about and respects other people, therefore people respect and care for him. That’s why he’s an effective mashgiach.”

Moreover, according to Rabbi Heber, while some mashgichim get accustomed to their surroundings and assume that “if a facility was one way yesterday, then it will be the same today”, Levy has a fresh perspective each day and makes no assumptions.

“He’s meticulous and thorough,” says Rabbi Heber. “He comes to work every day as if it’s the first time visiting the establishments. That is what he excels at and that’s why he’s special.”

Yehoshua Levy, who appreciates all of the rewarding experiences he’s had, reminds himself daily that he’s doing his work for the sake of Hashem and for the sake of a mitzvah.

“I’m working for the community,” Yehoshua says. “I think it’s a zechus to be working with the COR.”

Likewise, the COR is pleased with all of his efforts.

“We’re really very proud of him,” said Rabbi Heber. “He does a terrific job and he deserves all of the recognition that he’s getting through this program.”