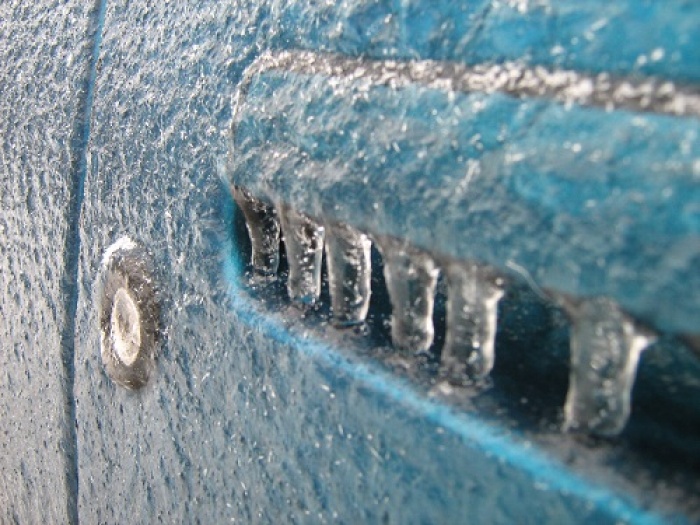 Who’s ready for summer? This winter, the weather has been particularly harsh, and it’s not even half over yet! I think Someone Above is trying to give us a hint – why don’t we all just make Aliyah already?

In all seriousness, while bad weather can be uncomfortable, and at times dangerous, it can pose halachik challenges as well. This was evidenced during the recent ice storm in Toronto.

An important kashrut principle that is not widely known is called bishul yisrael. Briefly, for food to be considered kosher, even if the ingredients are 100% kosher, a person of Jewish faith must be symbolically involved in the act of cooking as long as the food would be “fit for a king’s table” and could not be eaten raw. Today, most COR caterers, restaurants, bakeries, supermarkets and so on, have non Jewish chefs and kitchen staff, so the COR mashgiach is required to light the initial flame that is used to prepare the food. This doesn’t necessarily mean that the mashgiach needs to light every stovetop every morning, rather, he or she lights the oven’s pilot light which is then used to ignite all of the other various flames on a day to day basis. Most of the time, this system works well. But, if you can see where I’m going here, if there is a prolonged power outage, it can pose a significant problem. And if you certify approximately 170 retail establishments across the Greater Toronto Area as the Kashruth Council of Canada does, then you’ve got 170 times the problems. That’s just what happened during the 2013 ice storm.

On Friday night, December 20th, freezing rain began to fall. By Saturday night, many homes, business and COR facilities began losing power. Starting Monday, and throughout the week, different sectors began regaining their power, so COR mashgichim had to be at the ready so that they could visit their establishments and relight pilot lights and assist in any other way possible. City officials were recommending that non-essential personnel stay off the roads due to the dangerous conditions, but for kosher consumers COR mashgichim are essential personnel! While some mashgichim couldn’t even get their cars out of their driveways due to the ice, the COR team banded together and covered for one another, visiting the city’s establishments one by one so Toronto could have kosher food. Let’s hear it for our boys (and girls)!

Some COR certified facilities such as retirement homes and hospitals have their own generators to restore power in cases of emergency. At one such senior’s residence, the generator was able to keep the kitchen running, but the power didn’t extend to the rest of the residence. The health and safety of the elderly residents is obviously critical so they were evacuated to a hotel downtown. But many of the residents keep kosher. What were they going to eat?

The senior’s residence staff decided to cook as much food as they could in their COR certified facility, with their mashgiach assisting. Then, they double wrapped all of the meals, sealed them with COR kosher stickers and loaded them into vans where they were transported to the hotel where the residents were staying. In spite of the treacherous road conditions, our COR mashgiach accompanied the van to the hotel and helped setup the satellite kitchen so that all of the residents’ dietary needs were taken care of.

While power was restored to most of the city within a few days, the ice storm of 2013 seems to have left an indelible mark on our communal consciousness. In fact, we still have visual reminders of trees downed in my neighbourhood that have yet to be cleared. But as time moves on, hopefully we won’t forget the heroic actions of a few COR mashgichim who kept the city of Toronto kosher in December 2013.

This article originally appeared in the Canadian Jewish News