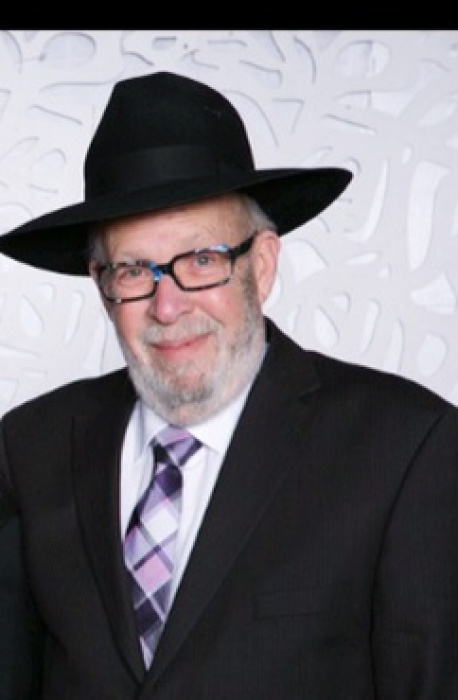 A few years ago, I took my wife out for dinner to the Park Hyatt’s Anona restaurant for our wedding anniversary. About halfway through our meal I saw a dapper man visiting each table, engaging the patrons in conversation. At first, I wondered if he was employed by the Park Hyatt and then I thought, perhaps he was just a popular member of the Jewish community. When he arrived at our table I soon realized that he was both. He was the Park Hyatt’s COR mashgiach, and he was Rabbi Leiby (Larry) Newman, beloved member of the Toronto Jewish community. Sadly, both COR and the Toronto Jewish community are mourning the loss of our beloved Leiby after his tragic and sudden passing.

Leiby Newman began working for COR approximately five years ago when we were looking to fill the role of a Senior Event Mashgiach. We define an “event” as a kosher function taking place at a non kosher venue such as a hotel, a museum, a golf course or the like. An Event Mashgiach requires a special skill set due to the unique kashrut challenges inherent in creating kosher environments in non kosher settings. He or she needs to have a strong knowledge of halacha, the confidence to enforce the rules, a talent for problem solving, and perhaps most importantly, the ability to relate to people of different backgrounds and gain their respect. Leiby Newman had all of these attributes. And more.

At Leiby’s shiva, one of the caterers related a telling story. He was once catering an event where Leiby was serving as the mashgiach. A good mashgiach usually has a sense when something is amiss, and Leiby had that sixth sense in spades. He decided to check one of the ovens and sure enough, meat and fish had mistakenly been placed in the oven, cooking together at the same time. This is not permitted by Jewish law, as anyone setting a table for a Shabbat meal will tell you when they put out a fish plate and cutlery along with a meat plate and cutlery. The natural instinct of most people would have been to sound the alarms and take the fish and meat dishes out of the oven immediately. Not Leiby. First, he pulled aside the caterer and discussed the problem with him. Then, he quietly took out the food and wrapped it up for the non Jewish wait staff to take home later. Finally, he discreetly spoke to the non Jewish chef who made the honest mistake, and explained to him the prohibition of cooking meat and fish together. Not only was Leiby a good mashgiach, he was also a mensch.

As if COR wasn’t fortunate enough to get one standout mashgiach when we hired Leiby, we actually got two. But in the second case it was actually a mashgicha — Leiby’s wife Mindy. As Rabbi Daniel Korobkin of the BAYT pointed out at Leiby’s funeral, Leiby and Mindy were the perfect team. To their friends it was either Leiby and Mindy or Mindy and Leiby because they were always together. And at many COR events that required two mashgichim, it was no different. Leiby and Mindy were like the dynamic duo of kashrut.

For Leiby, being a mashgiach was more than just a job, it was a calling. He received his rabbinical ordination at a young age, but didn’t practice as a rabbi during his professional career. Perhaps it is for that reason that when the opportunity to work at COR came up, he jumped at the chance because he wanted to give back to the Jewish people in a spiritual way. To ensure that Jewish people were eating kosher food – to Leiby there was nothing nobler than that.

Both COR and the larger Toronto Jewish community have lost a great man that we will not be able to replace. May Leiby find peace in his eternal resting place.