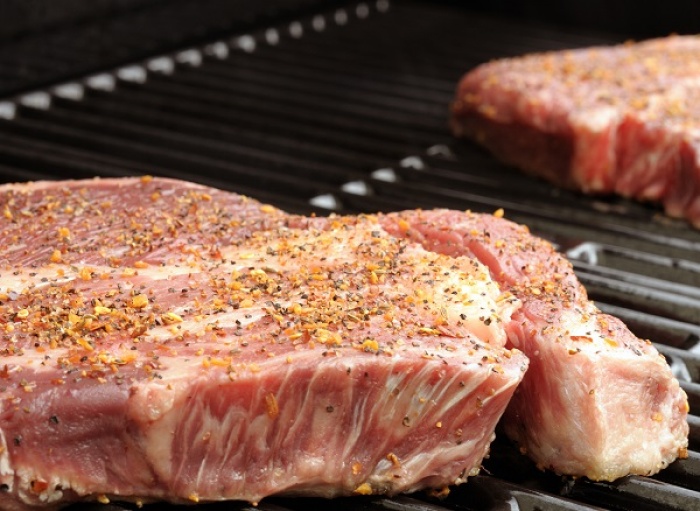 I just returned from a convention of the Association of Kashrut Organizations (AKO) where the different kosher agencies get together to learn, exchange ideas and share best practices with one another.…and eat. We are Jews after all.

One notable session was given by Star-K Rabbinic Administrator Rabbi Moshe Heinemann, regarding the halachic requirement for kosher meat to have a double seal to guarantee the integrity of the meat’s kosher status. Together as a conference we learned the halachic sources outlining the requirement, including the discussion in the Talmud in Tractate Avodah Zarah (39b). The famed commentator Rabbi Shlomo Yitzchaki, otherwise known as RASHI, writes that the reason for the requirement is that kosher meat is much more expensive than non-kosher meat and thus there is an incentive for the unscrupulous to pass off non-kosher meat as kosher. As I read that – that about 1,000 years ago, RASHI was writing about how kosher meat was more expensive than non-kosher meat, I couldn’t help thinking about the truth of the maxim: the more things change, the more they remain the same.

So why is kosher meat more expensive than non-kosher meat? While I am not an expert, I can offer a few ideas.

The first thing to recognize is that the price of all beef has increased significantly over the last couple of years. According to CBC Business, in the last year alone, “the average price of beef is 17 per cent higher than last year but some cuts, such as brisket, have risen by 65 per cent.” This is a result of droughts, which have yielded fewer cattle and increased the cost of cattle feed.

The process of making meat kosher is quite intensive. Beef needs to be slaughtered by a trained shochet who is both G-d fearing and skilled in the art of shechita. Even if a cow is ‘shechted’ properly, it must be healthy at the time of shechita. One of the ways that this is determined is by examining the lungs of the animal. If there are lung adhesions, then it is not deemed kosher. Unfortunately, the standard kosher yield after the lung inspection is only around 30 per cent. Also keep in mind that we only use the front half of the cow – the hind half is sold off to non-kosher operators.

After the shechita, the meat goes through a fourfold process of purging, soaking, salting and rinsing. This is done to rid the meat of blood as consuming blood is expressly prohibited by the Torah.

As you can see, significant care and effort goes into making meat kosher. Perhaps it is this care that has created the perception of kosher meat as healthier or cleaner. Indeed, I have spoken with meat buyers from a number of major retailers and they have all told me that recalls of kosher meat are almost non-existent, which is not the case when it comes to non-kosher meat.

I am often asked how organic certified meat compares to kosher. Organic obviously does not go through the kosher requirements that I outlined above, but they have their own standards, many of which surround what type of feed is given to the animal. To quote the Healthy Butcher, “Organic meat comes from an animal that has not been fed anything grown with toxic or synthetic fertilizers, pesticides, herbicides, fungicides or fumigants; has not been given any kind of growth hormone, antibiotic or genetically engineered product; has been conceived by organically raised animals; and has been butchered and processed following organic regulations.”

I have been asked if organic meat is healthier than non-organic and I am admittedly no expert, but I did come across an article in the National Post outlining a report from the Frontier Centre for Public Policy in which the study’s lead author Crystal Smith-Spangeler concluded, “There wasn’t any strong evidence to support the idea that organic foods are significantly healthier.”

Whether kosher meat is healthier or safer, frankly, I do not know. What I do know however is the kosher laws are a holy gift that make the Jewish people special. They have been passed down from generation to generation linking us with each other and with our ancestors. I for one am honoured to be another link in that chain.