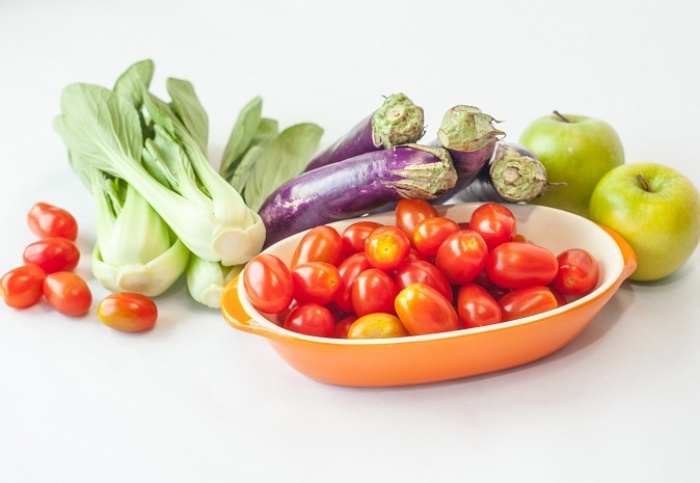 Here are some of the challenges for kosher consumers looking to dine in vegan restaurants.

Market research amongst consumers who look for kosher certified food shows an interesting phenomenon: Jews make up only a minority of these “kosher consumers.” Other groups include people of different religious faiths, those who think kosher is healthier or safer, and vegetarian and vegans. Kosher has become a wide net for a number of consumer demographics who rely on our rigorous standards. But what about the flip side: can kosher consumers rely on vegan or vegetarian certification, for example?

For the uninitiated, a vegan is someone who abstains from consuming (and using) any animal products including meat, fish, eggs, dairy, and any other animal derived substances (see VegeCert website for vegan standards here). These criteria certainly lower certain risks from a kosher consumer’s perspective, but others remain. If a restaurant is advertised as vegan, below are some of the concerns that kosher consumers should be aware of.

Fruits and vegetables by their nature are kosher. Insects on the other hand, are not, as the Torah states, “All the swarming things that swarm on the ground you shall not eat”… (Leviticus 11:42). Unfortunately, over the last couple of decades insect infestation in fruits and vegetables has become more prevalent. Small insects that are visible to the naked eye such as aphids, thrips and leaf miners are often found in even the most common produce. As a result, in order to be rendered kosher, they often require special cleaning and inspection prior to consumption (for more info on this subject click here). Vegan restaurants don’t clean produce in a way that would render them acceptable for consumption from the perspective of Jewish law.

Bishul Yisrael is a halachik precept that requires Jewish involvement in cooking food that is considered “fit for a king’s table” (oleh al shulchan melachim) and cannot be eaten raw which includes vegetables such as potatoes and eggplant that are not traditionally eaten raw. In kosher restaurants that are staffed by non Jewish cooks, this is usually accomplished by the mashgiach lighting the initial flame that is used to cook the food. In vegan restaurants, this requirement is likely absent.

Food isn’t the only thing that obtains the status of kosher or not kosher – manufacturing equipment, utensils, dishes etc. can as well. Vegan certification bodies will certify products as vegan if the equipment is shared with non-vegan producers. If the company were kosher certified, the equipment would likely have to go through a regular cleaning to prevent obvious signs of cross-contamination but also a special cleaning called a kosherization between non-kosher and kosher production runs which is not required with vegan products. So it is possible that vegan certified products have been manufactured with non-kosher equipment which would render the products non-kosher. In addition, in a restaurant setting, if the dishes, cutlery, utensils and the like were not purchased new, they could have been used with hot non-kosher food previously rendering the new products non-kosher as well.

Wine and grape juice have a special status in Jewish ritual and as such the entire process of making wine or grape juice must be done by people of Jewish faith (i.e. from grape crushing, pressing, transferring to tanks and spigot testing). Even natural grape flavour, which is derived from grape crushing must be kosher. Similarly, balsamic vinegar, which is also made from grape juice, requires kosher certification and most products that contain balsamic vinegar such as salad dressings are likely not kosher. Vegan restaurants of course have no restrictions when it comes to wine, grape juice and their derivative ingredients.

If vegan restaurants are owned by people of Jewish faith this may pose additional problems from a kosher perspective. For example, dishes owned by those of Jewish faith must be immersed in a mikvah for the sake of ritual purity. Another possible problem has to do with Passover, during which Jewish people are not permitted to own any product that is made from one of five types of grain (chametz). Even after Passover has concluded, other Jews are not allowed to consume chametz if it was owned by a Jewish person during Passover (chametz sheavar alav haPesach). There is also a requirement incumbent upon a Jewish owner to separate challah (hafrashat challah) on products kneaded from the five grains.

Even if a restaurant advertises itself as vegan, it is not industry standard to require such restaurants to be under any third party vegan certification. As other kosher agencies would no doubt agree, we at the Kashruth Council of Canada (COR) see the importance of an objective third party that sets standards and then ensures that our certified establishments comply with those standards through robust regular audits.