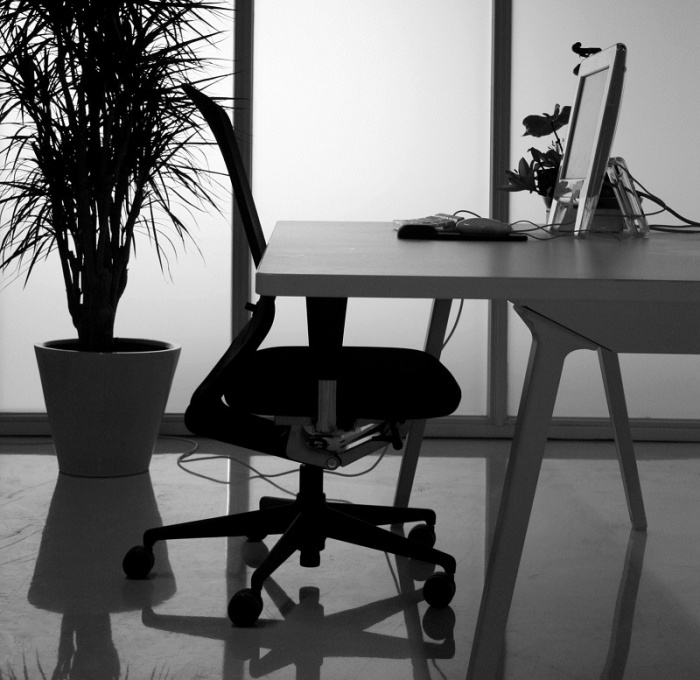 A guide for keeping kosher at the office – both during Passover and year round.

A kosher observant Jew working daily in a largely non-kosher world is often faced with difficult, even awkward scenarios and challenges. My esteemed colleague, Richard Rabkin, shared a humorous (yet uncomfortable) personal story that occurred to him at a job several years ago, long before he took the reins of the COR – Kashruth Council of Canada as its Managing Director.

Richard and his former group of colleagues sat down together to a team building lunch. His considerate boss had it catered kosher so Richard could join. Lunch was enjoyable as they discussed important work related matters including their strategic goals for the future. As the meal came to an end, people started getting up to leave. He said to his boss, “Paula, I have to recite a prayer of thanks, so you guys can just go ahead and I’ll catch up.” “Oh no,” Paula said. “Go ahead, we’ll wait.” She motioned for everyone to sit down. “No really, Paula, it takes a few minutes. Why don’t you guys just go and I’ll catch up.” “Absolutely not!” she said resolutely. “We’re going to wait for you to finish your prayer.” Just when he thought that it could not get any worse, Paula came up with an even better idea. “Actually, why don’t you recite your prayer out loud? I think it would be very interesting for us.” “Paula, I really don’t think that’s necessary. It’s more of a private prayer,” he pleaded. “You know, I think it would be a good team building experience for the whole department to become more familiar with some of your traditions,” she said earnestly. He looked around and saw the other faces of his coworkers nodding in agreement, egging him on. So, in the boardroom on the 49th floor of the downtown office building, surrounded by non-Jewish colleagues, he began chanting the Birkat Hamazon — the grace after meals. “Baruch Ata Hashem, Elokeinu Melech haolam…” Perhaps it was at this point that Richard decided it was time to find himself a new job, this time in a strictly kosher environment!

Amusing stories aside, and I am sure we all have some of them, there are several kashrut challenges that present themselves on a daily basis in non-kosher office environments. Such challenges are even more difficult to navigate during Pesach. The following examples are some of the most common scenarios that can present themselves year-round and on Pesach in the workplace.

(Note: the term “year-round” refers to the rest of the year excluding Pesach)

There are two concerns to address regarding the non-kosher lunchroom or cafeteria:

1. Eating Kosher (or Kosher for Passover) food on a non-kosher lunch table – It is permitted to eat on a non-kosher lunch table or cafeteria table provided that the table[א] is cleaned thoroughly[ב] and it does not typically come into direct contact with hot food.[ג] That said, common custom dictates that food not be placed directly on the table but rather on a separation such as a tablecloth, placemat or even on a plastic bag. This guideline applies equally to year-round and Pesach.

Since work desks commonly contain crevices and cracks where bread crumbs may become lodged, one should not place kosher for Passover food directly down on his or her desk on Pesach. Instead, a separation such as a cloth, placemat or plastic bag should be used. Similarly, fridge shelves are typically not very clean and may contain residue from spills of non-kosher food or chametz. As such, neither kosher nor kosher for Passover food should be placed directly on the shelf of a fridge. Rather, food should be kept in a bag and then placed in the fridge.[ז]

Kosher food should not be left unsealed for long periods of time or overnight in an unsecure environment where others who do not keep kosher have access. Rather, it should be sealed in a manner that is easily determinable in the event that the bag or food has been tampered with.[ח]

A microwave oven that is used regularly for non-kosher food at the office can be used for kosher food year-round provided that the kosher food is double-wrapped or more accurately, double layered such that there are always two separators between the kosher food and the non-kosher surface of the microwave oven. If the kosher food is on a plate, the plate can be considered one layer separating the food from the bottom of the microwave such that only one additional layer in required underneath the plate and two layers are required atop the food. The reason for the requirement of two separators is due to the idea that non-kosher ta’am (taste) does not penetrate two separating layers provided that there is no liquid in between the layers.[ט]

This can best be accomplished by placing the food into a Ziploc plastic bag and then placing a second Ziploc plastic bag over the first. If Saran wrap is used then a single layer of Saran wrap should be placed around the food followed by a second layer to be wrapped over the first layer. Be careful to cut the Saran wrap in between the first and second layers so that you are not using one single piece of Saran wrap to double-wrap the food but instead two separate pieces of Saran wrap.[י] Some are stringent and suggest adding a third layer of separation between the food and the non-kosher surface of the microwave oven year-round.[יא] On Pesach, it is preferable not to use the office microwave at all to warm kosher for Passover food.[יב] Notwithstanding, if you wish to use the microwave on Pesach, you may, provided that the additional third separating layer is added.[יג] If this was not done and the food was only double-wrapped and warmed in an office microwave on Pesach, it is permitted after the fact.[יד]

A word of caution is necessary when handling food that has been warmed up in a non-kosher microwave oven in the office or on an airplane and especially on Pesach.[טו] Be extremely careful when removing the outer layer and keep it away from the food prior to opening the inner layer. The outer layer is considered to be non-kosher and may even have non-kosher food or chametz on it. You must, therefore, be careful to ensure that it does not come into contact with the kosher food.