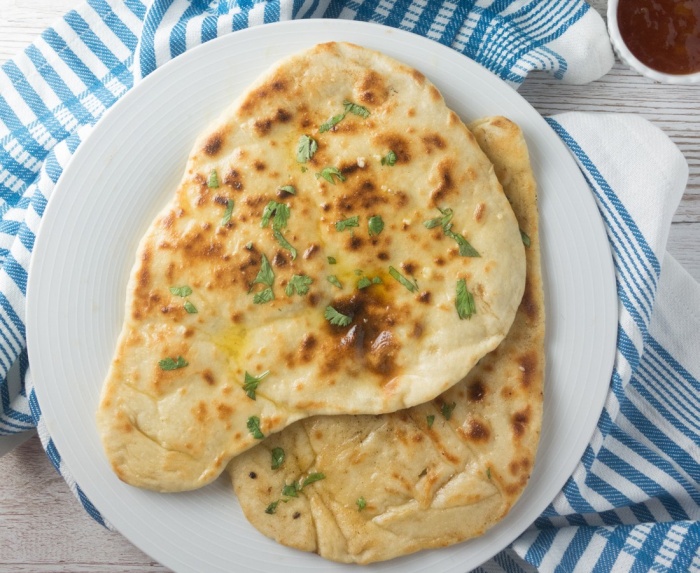 Indian Jews Ate Naan!?
Recently, one of our COR certified companies requested approval for their naan bread. Along with the pareve variety, the company requested that we kosher certify their dairy variety. After all, every single one of the ingredients, including the dairy components, was reliably kosher. What should be the problem then? Rabbi Sholom H. Adler, our Kashrus Administrator, explained that, with some noted exceptions, halacha does not permit either the production or the consumption of dairy bread, and as a result, the naan in question could not be kosher certified. Remarkably, the owners of the company, themselves natives of India, claimed that they recalled their Jewish friends and acquaintances back home eating dairy naan. After all, Indian naan is renowned for its unique taste that is largely due to the inclusion of dairy ingredients. This comment took Rabbi Adler by surprise and he set out to determine whether the claim was accurate. Rabbi Adler made contact with a rabbi who grew up in India who related that this was actually not the case and that, in fact, people who were strict about keeping kosher were very conscious not to eat naan because it is dairy! Just to be sure, Rabbi Adler checked with a second rabbi from India who concurred.
Pita or Laffa?

Naan is a leavened, oven-baked flatbread predominately found in South Asian cuisines. In Iran, from which the word seems to have ultimately originated, the word “nan” does not carry any special significance, as it is merely the generic word used to refer to any kind of bread. Naan, as we know it today, originated in Central and South India with influence from the Middle East.1

The best way to describe it is a crossbreed between a laffa and a pita. Like pita bread, naan is usually leavened with yeast or with a bread starter; but unlike pita, traditional naan uses milk or yogurt which is added to impart distinct tastes as well as to produce a smooth, elastic dough. Ultimately, like laffa, it is baked in a tandoor oven.2

Naan is Bread!
Chaza”l forbade kneading dough with milk lest we accidentally forget about the dairy component and eat it with meat. Similarly, we are not allowed to bake bread in a tandoor which is smeared with meat fat lest we accidentally forget about the meat and eat it with dairy.3 This prohibition includes both the production of and consumption of dairy and meat bread.4 There is an interesting debate as to whether it further extends beyond bread to other food products or even to kaylim which are commonly used to prepare pareve food for both meat and dairy meals. For example, according to the strict opinion, a pareve spice grinder that is used to grind spices for use in both dairy and meat dishes, and which inadvertently became fleishig, is deemed non-kosher and must be kashered prior to further use. There is no option to simply designate the grinder for future fleishig use, since it is quite possible that the user will forget and accidentally use the fleishig spices for dairy.5 Others disagree entirely and limit the scope of this prohibition to bread alone since bread is the staple of every meal — dairy and meat — and the most likely food to be confused.6 Even according to this opinion, it is quite clear that matza, mezonos rolls and most crackers are to be included in the prohibition since they are normally consumed with both dairy and meat.7 Normative halacha and common custom follow the latter lenient opinion.8 Dairy naan would certainly be included in this prohibition because naan is bread and it is normally consumed with meat. A hechsher, therefore, seems to be out of the question. Right?

Small Portions
There are a couple of notable exceptions to this prohibition; such as dairy bread which is produced and consumed in small portions. The rationale is that if all of the bread is consumed at one time, in the appropriate dairy meal, there is no longer a fear of accidentally using it for the meat meal.9 It is important to note that this exception can apply even if producing dairy bread for an entire family, or for a large simcha,10 since the intention is that it should be consumed at one meal;11 or even through the course of three Shabbos meals or a single day of Yom Tov.12 Accordingly, it is possible to bake dairy naan in honour of the Yom Tov of Shavuos, for example, as long as only a small amount is made and it is specifically intended for the meals of the first day of Yom Tov.13

Individually Packaged
In an industrial setting, naan is mass produced for the purpose of selling to the public. Halacha does not provide an allowance to mass produce dairy bread even if the finished product is individually packaged so that each purchaser buys only enough to consume on a single day.14 Furthermore, most retail naan is sold in packages of four or more and can be used over the course of the same number of meals. On the other hand, there are different opinions as to whether a manufacturer can mass produce dairy dough without baking it and split it into single portion pieces so that the consumer retains the ability to bake them for one day at a time.15 If one is willing to rely on the lenient opinion, perhaps it would be possible to consider certifying precut pieces of naan dough which can be packaged in a canister for sale. Such certification should only be condoned if the halachic restrictions were well known to the kosher consumer or could somehow be clearly communicated.

Size, Shape and Form
Another notable exception to the rule is if the bread is visibly different from the standard pareve bread so that it is clear to all that it is not pareve. 16 This is the case if the bread is shaped differently, if it contains a specific siman such as cheese sprinkled on top,17 or if the dairy component is clearly visible on or from within the bread.18 This exception was, in fact, the reason that the original St. Thomas dairy English muffins received kosher certification. English muffins were distinguishable in their form and shape and it was possible to distinguish them as dairy by virtue of their appearance.19 Today, there are many types of English muffins on the market, many of which are pareve. As a result, the shape of the English muffin is no longer sufficient grounds to allow their kosher certification. This exception is also not sufficient grounds to distinguish naan as dairy since the same kinds of naan are available in both dairy and pareve.

Non-Jewish Manufacturer Perhaps we can use some creativity with yet another suggestion. Some would suggest that if a manufacturer is not Jewish then no prohibition applies at the manufacturing level. It is only when the Jew purchases the product that the prohibition should be weighed. If a Jew purchases dairy naan in bulk without intending to consume it at one time, then it would become prohibited. But, if a Jew specifically purchases naan for a single meal or for a single day then his naan is permitted!20 This opportunity, while creative, seems somewhat elusive. From a halachic perspective, it is far from clear that dairy bread is not already deemed not-kosher prior to purchase by a Jew.21 But even if we were to validate the lenient perspective, kashrus certification would be nearly impossible since a hechsher indicates that the product is kosher without any conditions. To limit its scope to those who will purchase the naan for a single day is difficult to imagine.

There is an interesting dispute as to whether the prohibition applies even where the dairy falls into the dough by accident.22

Normative halacha does not seem to embrace the lenient opinion.23 But even if we were to accept that opinion, it would be for the reason that Chaza”l did not concern themselves with a situation that happens by accident because of its rarity. But could that logic be used to justify placing a kosher symbol on dairy naan which is systematically baked for the kosher community? Such logic is far from sound.

Minute Amounts
What if dairy was added to bread in minute amounts such that its taste was not discernable or if it was less the 1/60th of the entire dough? Many Poskim are prepared to consider such bread kosher.24 Some would even allow minute amounts of dairy to be placed into the bread intentionally. Accordingly, there would be an argument to allow the certification of “dairy” bread if the dairy component is nullified in the bread.25 This however does not apply to dairy naan which contains a substantial amount of dairy which is certainly not nullified in the dough.

Warning: Dairy Naan is Not-Kosher
In conclusion, there does not appear to be any solid ground on which to permit the kosher certification of dairy naan bread. Chaza”l understood that dairy bread is something which is likely to be used together with meat and therefore went to the extent of calling it non-kosher. Naan, which is commonly used for meat, is no different. This is why COR’s Poskim along with many of the other major kosher certifiers that we conferred with including the OU and the Star-K, would not certify dairy naan as kosher. Kashrus organizations carry the responsibility of ensuring an abundance of properly certified kosher food on the market for the entire world’s Jewish population. Nevertheless, it is this same responsibility that behooves us to guard our tradition with the utmost care so that no michshol should occur. It is quite clear that Chaza”l would not have authorized the kosher certification of traditional dairy naan and neither should we.26