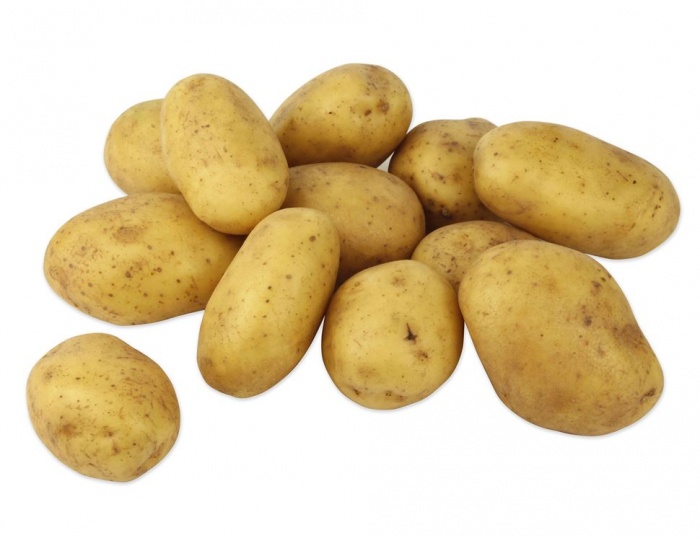 A brief history of a Passover staple

Finding a person who has never eaten a potato or potato derivative might just be impossible. The potato, being the third most popular food item in the world after rice and grains, is the single most eaten vegetable by far. And of course, it’s a Passover staple.

I would like to take you on a journey to discover the potato’s roots as well as its long route through history to our dinner tables.

Although its popularity hardly necessitates a definition or introduction, let me start with exactly that: the potato is defined as a round vegetable that grows underground and has a white flesh with a light brown or reddish skin.

Potatoes are available worldwide and all year long. They are relatively cheap to grow, rich in nutrients, and they can make a delicious treat.

They are a good source of vitamins C and B6, manganese, phosphorus, niacin, and pantothenic acid (vitamin B5).

According to most sources, the first potatoes were grown in Peru thousands of years ago.

During the time of Columbus, when Spanish explorers travelled to South America in search of treasures such as gold and silver, they found potatoes. It took some time to realize the value of this commodity –the Incas had developed a way to preserve potatoes by dehydrating and mashing them into what they called Chuñu. Chuñu had a shelf life of up to 10 years so explorers eventually saw the benefit of storing it aboard their ships. Since crossing the Atlantic in the 16th century took about two months, finding a food staple that could make the voyage without spoiling was of significant importance.

When the explorers took the crop back to Spain, the potato became a stranger in a strange land and for some time, received very little attention, reserved mainly as food for animals. Potatoes were first looked at with suspicion, since they came from an unknown civilization and were even thought to be a creation of witches and therefore unfit for humans.

Around 40 years after arriving and struggling to settle in the new continent, it became clear the potato was a force to recon with. Since potatoes were found to grow easily in the European countryside and with relatively small amounts of water, more and more fallow lands were transformed to potato crops. Eventually, the potato reached Italy, France, England, Germany, Ireland, and other countries. Famines during the 18th century helped the potato gain popularity, since it was a hardy crop that usually fared well in most soil types and conditions.

Once physicians began to speak of the potato’s enormous nutritional value, it became a favourite for the upper class and royalty. Palace chefs and culinary enthusiasts elevated the potato to new levels with elaborate cooking methods and flavours.

Unfortunately, the potato has a dark period as well. The most significant negative impact for the potato occurred during the early 19th century. The great Ireland potato famine, initially started by a potato blight infestation, destroyed the crop over several years and was augmented by government actions and inactions. Since potatoes had become a staple crop that grew well on Irish soil — not since the Incas had potato consumption become so huge — its necessity to feed the masses was relied on too heavily. The poor lived on potatoes almost exclusively and the rest of the population consumed it in large quantities to the extent that half the population depended on it. The resulting famine contributed to the deaths of over a million people and the emigration of another 2 million people to other countries.

Although potatoes were introduced to the United States in the 17th century, the influx of Irish immigrants to North America in the 1800s helped the potato gain popularity on this side of the Atlantic.

Given the importance of water to the world population, the following chart can quickly show the value of the potato as a food source:

Perhaps chocolate does not merit mention in the above chart but for illustration purposes, one can begin to realize the value of the humble potato.

Since no machinery or processing is required to produce potatoes, they are easy to grow and harvest. Grain crops, on the other hand, require equipment for threshing, milling, sorting, and splitting before they can be used. Rice requires drying, hulling, and milling.

Overall, the potato is easier to grow, has a higher yield, and is more nutritious than rice or wheat. No other food is a match for the potato in the value it provides to the world’s food needs.

Fit for a King

Once the potato overcame its dismal beginnings in Europe, culinary experts elevated it to kings’ and presidents’ tables in various delectable forms.

From a kosher perspective, this gave the potato a status of requiring Bishul Yisroel. In order to satisfy the requirement of Bishul Yisroel, a kosher-observant Jew must take part in the cooking process by starting the fire.

At the beginning of the seder, we take a vegetable that would normally only be eaten as part of a meal, dip it in salt water, and eat it before the meal. This is followed by the youngest child asking the ma nishtana or why is this night different from all other nights.

Although the vegetable can be from a list of vegetables that grow in the ground such as parsley or celery, many use a boiled potato.

During Pesach, since we are prohibited from eating any food containing any of the five grains (wheat, barley, oats, rye, and spelt) or their derivatives, and Ashkenazim must refrain from kitniyot (legumes such as beans, corn, rice etc.), the potato has become an important element of Pesach cuisine. As well, potato starch, the dehydrated starch extracted from potatoes, serves as a flour substitute and can be used to bake with during Pesach.

We know that a potato is not chometz but what about kitniyot?

The Mishnah Berura (453, 1) enumerates a number of reasons for the minhag of not eating kitniyot. One reason is that there is a possibility that chometz grains could be mixed amongst the kitniyot grains, creating an inadvertent yet real chometz problem when the grains are cooked together. The Kaf HaChaim (453, 21) therefore explains that because the potato is a large vegetable and it would not get mixed with a grain and remain unnoticed, the concern for kitniyot would not apply.

Besides the above, the Mishna Berura gives another reason to call something kitniyot. He explains that something that can be ground into flour could be confused with bread. So how is potato starch permitted on Pesach?

According to Rav Moshe Feinstein (Orach Chaim III, 63), since the prohibition on specific foods to be considered kitniyot was determined before the potato was introduced to Europe in the 16th century, the potato and its derivatives are not considered kitniyot. Many kashrut organizations including COR follow this opinion.

The potato’s popularity in most cuisines including those of Jewish origin leads me to include an honourable mention of a Jewish delicacy: the potato kugel. The potato kugel or kigel received its name from the German word for sphere, although it is now usually baked in a rectangular pan.

No matter how the potato is prepared, and there are countless ways for boiling, frying, baking, and roasting potatoes, it has now become a valuable mainstay the world over. A quick internet search nets 175 million hits.

In Hebrew the potato is called tapuach adama or apple of the ground. The same is true for French – pomme de terre, and German – erdapfel. The popular phrase “apple of my eye” means a cherished item above all others. Perhaps there is a connection…