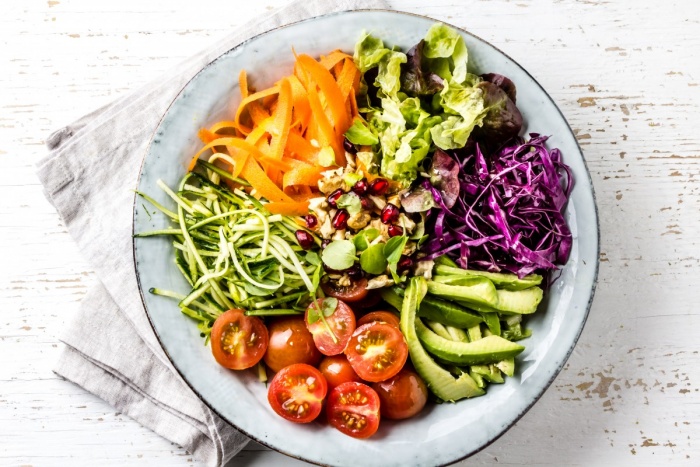 Much of the food that is prepared in our homes or purchased is made of exclusively pareve ingredients. Wouldn’t it be nice to be able to keep pareve food pareve instead of having to designate it for either meat or dairy?1

However, managing pareve in a kosher kitchen proves to be a difficult task. For many of us, space constraints restrict our ability to store separate cooking equipment, pots, pans and utensils. It is difficult enough to find space for two sets of everything let alone a third! Children may accidentally “contaminate” pareve with meat or dairy without realizing the ramifications or even alerting the family to their mistake until it is too late.2 This short article intends to open a discussion regarding managing pareve in the kosher kitchen to resolve some of the common questions that arise. Keep in mind that the details that make up each scenario as well as the myriad of intricacies of the halachos of kashrus that have been applied make each answer unique. One should not endeavour to make comparisons between one case and another without consulting a halachic authority.

Q: May I use dairy (“milchig”) and meat (“fleishig”) spoons to remove mayonnaise from a single pareve container?

A: Yes. However, care must be taken to ensure that the spoons are clean and that dirty spoons are not accidentally used in the container.

It is permitted to place cold pareve food on a clean fleishig (or milchig) kli without compromising the pareve status of the food.3 While most agree that it is forbidden to deliberately cook pareve food in a fleishig pot that was used in the last twenty-four hours for cooking meat (“ben yomo”) with the intention of eating that pareve food with milchig, according to Sephardic tradition, once the food is already cooked in a fleishig pot, it remains pareve, and it is permitted to be mixed with milchig.4 The Ashkenazic custom is stricter and considers any food cooked in a ben yomo fleishig pot to be designated as fleishig (which means that it should not be eaten together with milchig, but there is no need to wait prior to eating milchig).5 However, everyone agrees that if the food that was cooked in a ben yomo fleishig pot was accidentally mixed with milchig, it remains permitted for consumption after the fact.6

Furthermore, some permit deliberately cooking pareve food in a fleishig pot that was not used for twenty-four hours (“ayno ben yomo”) for meat with the intention of eating it with milchig.7 Others are stricter and do not allow for this to be done deliberately.8 However, all agree that pareve food which is already cooked in an ayno ben yomo fleishig pot remains pareve and can be mixed with milchig.9

Let’s use an example to illustrate these halachos. It is permitted to use a clean fleishig fork to place cold pasta that had previously cooked in a pareve pot on a clean fleishig plate, even if the intention is to later eat that same pasta with cheese (on a milchig plate with a milchig fork). In this case, the pasta remains pareve even after being handled by fleishig kaylim. While it is forbidden to cook pasta in a ben yomo fleishig pot with the intention of melting cheese over it, if pasta was prepared in a ben yomo fleishig pot, after the fact, the Sephardic custom considers it pareve and permits mixing it with cheese while the Ashkenazic custom designates it as fleishig which should not be mixed with cheese. If the fleishig pot which was used to cook the pasta was an ayno ben yomo then the pasta is pareve even according to Ashkenazic custom. However, deliberately cooking the pasta in the ayno ben yomo fleishig pot with intention to melt cheese over it is the subject of robust debate, and Ashkenazim are strict in practice.

Q: May I use milchig and fleishig forks to remove pickles from their jar?

A: Yes. However, care should be used to ensure that a pickle which is poked with a fleishig or milchig fork is removed and considered milchig or fleishig accordingly. If a poked pickle becomes lost inside the jar, then the entire jar should be designated as the same status as the pickle.

While taste (“bliyos”) does not normally transfer through cold contact, one of the exceptions is when a knife, even an ayno ben yomo, is used to cut (“duchka d’sakina”) into a sharp item (“davar charif”).11 Included in duchka d’sakina is poking a davar charif with the prongs of a fork.12 Some Poskim suggest that sour pickles and pickle juice should be treated as d’varim charifim.13 Therefore, once a pickle is poked with a fleishig fork, it should be designated as fleishig.14 If a poked pickle is subsequently lost in the jar, the whole jar should be designated fleishig.15 Furthermore, if a fleishig fork is accidentally left inside a pickle jar for an extended period of time, the pickle juice should be designated as fleishig.16 Accordingly, using both milchig and fleishig forks to remove pickles might prove challenging, since it is possible that a pickle might be accidentally poked with a fleishig fork and then lost in the jar only to be later poked with a milchig fork. If this were to occur, however, the pickle would still be permitted to consume.17 Separate pickle jars for milchig and fleishig are a good idea if children remove pickles on their own as they might use their dirty forks inside the pickle jar and possibly poke their pickles with milchig and fleishig forks.18

Q: Can pareve dishes be washed in a fleishig or milchig sink? What about a fleishig dishwasher?

A: Yes, provided that the sink and dishwasher are cleaned thoroughly prior to use and then used exclusively for pareve at that time.

Even though a sink or dishwasher are designated for either milchig or fleishig, it is possible to “kasher” them for pareve use by simply cleaning them well, ensuring that no remnants of food remain, including inside the filters. The sink or dishwasher can then immediately be used without waiting for twenty-four hours or even running a dishwashing cycle in between. This is because the bliyos from the sink or dishwasher that might enter the pareve kaylim are no longer potent as they have already travelled first into the dishwasher, then into the water and finally into the pareve kaylim (“nat bar nat”). By the time the nat bar nat bliyos become absorbed into the pareve kaylim their taste is no longer potent.19 This is all aside from the fact that the use of soap in the sink and dishwasher might make the bliyos disgusting (“pogum”).20

Q: Can a pareve salad bowl (glass, wood or plastic) be used at both fleishig and milchig meals?

A: Yes, however, such bowls should be washed exclusively in the sink and not in the dishwasher.

A pareve salad bowl does not contact hot food and is washed well in between uses. Therefore, it will always remain pareve. Since the bowl is always washed well between uses, there is never a concern of basar b’cholov,21 and it is permitted to use it for pareve salads.22 That said, the bowl should always be washed in a sink with warm water23 and not in a dishwasher. This is because the hot water, especially from a dishwasher, can potentially transfer remnants and bliyos from dirty dishes to the pareve bowl.24

Q: Can uncovered pareve food be cooked in the oven at the same time as uncovered meat and remain pareve?

A: No, it becomes fleishig.

If meat and pareve were cooked or baked uncovered in the same oven at the same time, the food is rendered fleishig.25 The common practice is to kasher the oven between fleishig and pareve. However, if the pareve food is cooked or baked immediately after the meat without kashering in between, in most cases, the pareve status remains uncompromised.26 Each scenario should be discussed with a halachic authority.27

Q: Does leftover pareve egg salad with onions (cut with a pareve knife) that was served at the fleishig Shabbos meal become fleishig or can it be used at a milchig shalosh seudos with cereal and milk?

A: It should be considered fleishig and not served at a milchig meal.

Leftover bread that was used during a fleishig meal may not be used for a subsequent milchig meal.28 This is because people are not careful with the bread on the table which they assume will be completely consumed at the meat meal. Since bread is an item which is handled by hand, we are worried that someone might touch the bread with their dirty fleishig hands. However, this applies only to the slices of bread in the basket and not to the remaining loaf.29 Regarding foods that are not touched by hand, such as egg salad, it might be argued that leftovers should be permitted for a subsequent milchig meal, since they did not likely have contact with fleishig during the meal. However, the prevalent minhag is that food which was used during a fleishig meal should be designated fleishig and not used for a subsequent milchig meal.30

This article originally appeared in the 5782/2021 Halachic CORner Magazine.