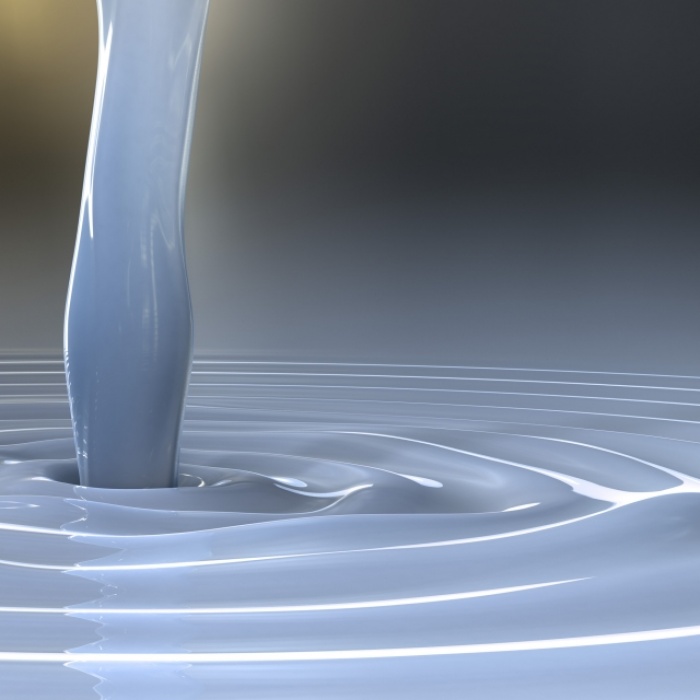 Cheesecakes, blintzes and cheese lasagnas, with their irresistibly delicious taste, are some of the special delicacies that we might enjoy on the yom tov of Shavuos.

Whence this familiar custom, unique to this yom tov, of eating dairy dishes?A primary reason given is that eating a dairy meal causes us to recall the offering of the “Shtei HaLechem” (Two Breads) that were brought in the Beis Hamikdash (Temple) on the Shavuos.1 By eating both dairy and meat meals on the first day of Shavuos, we become halachically obligated to use a separate loaf of bread at each meal. This is because the remainder of the loaf that is begun at a dairy meal may not then be consumed for a meat meal.2 Thus, by being forced to partake in separate loaves at the dairy3 and meat meals, we recall the Shtei HaLechem.4

Let us consider three questions related to this interesting custom that may arise in connection with the upcoming yom tov of Shavuos which occurs this year on Friday, May 29, and Shabbos, May 30.

Question: I plan to serve a salad course for the dairy meal on Friday and would like to sprinkle Parmesan cheese on it. Will we have to wait six hours before eating the meat meal in the evening?

Answer: We may generally eat meat after dairy once we have done all the following after eating dairy: 1) washed our hands; 2) cleansed our mouth by eating a dry-food substance5; and 3) rinsed our mouth.6 Additionally, many have the custom to wait approximately one hour7 or one half-hour8 before eating meat. However, cheeses that are halachically categorized as gevina kasha9 (“hard cheeses”), such as Parmesan, create an exception to the foregoing.Such strong tasting cheeses have a lingering taste and leave a fatty residue in the mouth similar to meat and therefore necessitate the full six-hour waiting period before consuming meat.10

Question: I plan to prepare potato kugels with only pareve ingredients, which I will be baking in disposable pans, to be eaten at the dairy and meat meals. May I prepare them using fleishig utensils?

Answer: A standard ingredient of potato kugels is onions, which is halachically classified as a davar charif, a sharp substance.11A davar charif that is cut with a fleishig knife absorbs the meat taste from the knife.12Thus, even a potato kugel made of pareve ingredients and cooked in a disposable pan will become fleishig if it contains onions that have been cut with a fleishig knife and may not be eaten together with dairy foods.13

Question: In our home we have one oven that we use for both dairy and meat (through kashering).14 I would like to use it on Friday morning for dairy dishes and in the afternoon for meat dishes.15 Am I permitted to kasher it on yom tov?

Answer: It is generally not permitted to kasher kaylim on yom tov for two reasons.16 First, by kashering, one makes usable an otherwise unusable utensil. This gives the appearance of “fixing the utensil” – which is a forbidden activity on yom tov.17 Second, it is problematic to increase the heat of the oven** for the sole purpose of kashering. The preferable solution would be to cover one of the two dishes, either dairy or meat, while it is in the oven,18 thus eliminating the need to kasher.19

** Please Note: There are additional problems associated with the use of digital/electric stoves and ovens on yom tov, the details of which are beyond the scope of this article.

2 Shulchan Aruch, Yoreh Deah (89:4) and (91:3); Mishna Berura (494:14). According to Shu”t Igros Moshe, Yoreh Deah (38), this applies only to pieces that were cut off from the loaf with the intention of eating them at the milchig meal. The remainder of the loaf may be used for fleishig. However, Rabbi Moshe Feinstein zt”l adds that if someone chooses to act stringently, it would be commendable to refrain from using even the remainder of the loaf at a fleishig meal.

3 Magen Avrohom (494:6) comments that the minhag is to bake bread with butter for the milchig meal so as to avoid any mix-up. Machtzis HaShekel discusses the halachic parameters of making milchig bread and the bracha that would be associated with it.

4 According to this source, milchig and fleishig meals are eaten consecutively on the first day of Shavuos in place of the traditionally fleishig yom tov meal. Additional sources for this custom that are brought by sifrei halacha are found in Magen Avrohom (494:6); Mishna Berura (ibid:12); Shu”t HaElef Lecha Shlomo, Yoreh Deah (332). See Darchei Teshuva (89:19) for a lengthy discussion as to the appropriate time to eat milchig on Shavuos.

5 Dates, raw flour and green vegetables do not sufficiently cleanse the mouth and thus may not be used as the cleanser, Shulchan Aruch, Yoreh Deah (89:2).

6 Shulchan Aruch (ibid). There is a dispute as to whether bircas hamazon or a bracha acharona is also required to separate between the meals. Mishna Berura, Orach Chaim (494:16) rules that it is not required.

7 This is based upon the Zohar brought in Biur HaGra (ibid:6)

9 The strict halachic definition of gevina kasha, literally “hard cheese” applies only to cheeses that, like Parmesan, have been aged for approximately six months, as only these cheeses are sharp, fatty cheeses that leave a lingering taste for a substantial period of time, Shach (ibid:15); Aruch HaShulchan (ibid:11). See also Taz (ibid:4) for a different definition of gevina kasha.

10 Rema (ibid:2) states that this is the common minhag and one should be stringent. Chochmas Adam (40:13) and Mishna Berura in Sha’ar HaTzion (494:15) rule that one should wait six hours after consuming gevina kasha prior to eating meat.

12 Shulchan Aruch (ibid:1) This applies even if the knife has not come into contact with hot fleishig for more than 24 hours. See Beis Meir (ibid:3)

14 There is a prevalent custom not to kasher kaylim from milchig to fleishig and vice versa. For various reasons, this does not apply to our ovens. A discussion on this topic can be found in Shulchan Aruch, Orach Chaim (509:5);Magen Avrohom (ibid:11); Pri Megadim (ibid.); Mishna Berura (ibid:25)

15 It is necessary to perform the mitzvah of eruv tavshilin so as to permit preparation on Friday for Shabbos.

19 If this is not possible, one should consult with his Rav for other options.