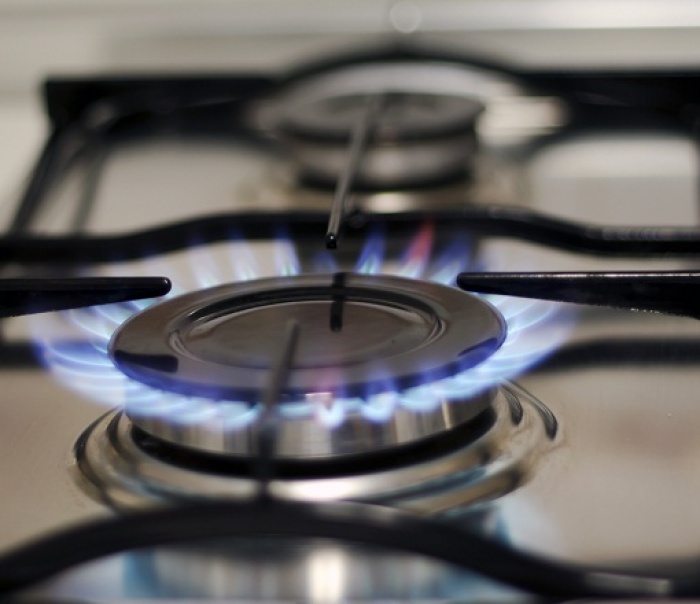 Yom Tov is fast approaching and Balabustas around the world are planning their meals. Yom Tov allows us the opportunity to prepare and cook hot, fresh meals in its honor[1] and menu options are greatly enhanced as a result. But before we begin to cook on Yom Tov, we must be knowledgeable as to how to operate our stoves and ovens according to halacha. This article is intended to provide a general overview of the halachic issues that arise when operating modern-day stoves and ovens on Yom Tov.[2]

On Yom Tov, it is forbidden to ignite a new flame in any manner.[3] One may not strike a match or turn on an electric flame or light. However, under most circumstances, it is permissible to transfer or to enhance an existing flame for a bona fide Yom Tov purpose,[4] including cooking.[5] For example, one is permitted to transfer a flame from a pre-lit yahrzheit candle[6] to a gas barbeque[7] in order to grill food for Yom Tov.[8]

Conversely, it is generally forbidden to extinguish or even to lower[9] a flame on Yom Tov.[10] There are, however, certain situations when doing so may be permitted for cooking purposes. If food is cooking on a gas fire and, because the flame is too high, the food will burn, one would be permitted to lower the flame.[11] However, some Poskim rule that this leniency applies only when a different flame is not available or cannot be ignited in a permissible manner.[12] Others disagree and rule that lowering the flame to prevent food from burning is permissible even if an alternative flame is available.[13]

There are two general categories of gas stoves and ovens. The first category uses a pilot ignition system. This category includes only stoves and ovens that operate with an actual gas flame (pilot light) that is on all the time. Such stoves and ovens are commonly used in caterer’s kitchens and industrial cooking environments. Many older stoves and ovens also work on this type of system. This system maintains a fire that stays lit all the time and when the oven thermostat is turned up, a gas flow is sent to the stove or oven burner where the pilot flame ignites the gas. Accordingly, the temperature of such stoves and ovens may be turned up for cooking purposes because doing so does not ignite a new flame but rather extends an existing one. The temperature may be turned down only if one is using the flame to cook food and the food will burn, as explained above.

The second category of gas stoves and ovens uses an electronic ignition system to ignite a flame. Such stoves and ovens are many, and they work in different ways. The basic principle is that they use a thermostat to send power to an igniter. Power flows through the igniter which heats to a glow or creates sparks and a flame. Gas is then allowed to flow to the burner. In these cases, electricity is involved only in creating the initial flame but not thereafter. This is the common mechanism of gas stoves. It follows, therefore, that it is forbidden to turn on this flame on Yom Tov. However, if the initial flame was ignited before Yom Tov, temperature control could be governed by the same principles as the first category.

In other cases, common in modern day ovens, power must continually flow through the igniter for gas to be released into the oven burner to create a flame. Once the set temperature is achieved the control stops all power to the ignition circuit which causes the igniter to turn off, stopping any burner flame. Cycling on and off continues to maintain the specific temperature the control is set for. One would not be able to turn on or adjust the temperature on Yom Tov as it involves starting or stopping the flow of electricity.

There are three additional issues with many modern ovens that incorporate the use of electricity. Firstly, when oven doors are opened there is a significant and immediate cooling of the oven temperature. This may cause the electric current to start again so as to re-heat the oven. Similarly, when an oven door is closed, the sudden preservation of heat may cause the electric current to stop. According to many Poskim, this poses a problem for use on Shabbos[14] but is not a problem on Yom Tov.[15] Secondly, many modern day ovens use digital controls to increase and decrease temperature instead of mechanical controls. Digital controls may not be operated on Yom Tov. Finally, almost all new ovens use a safety feature to automatically shut down the oven after 12 hours have elapsed. As such, they would not be usable on the second day of Yom Tov.

Many are aware of the revolutionary Sabbath Mode ovens that are certified by Star-K Kosher Certification.[16] The certified Sabbath Mode was invented to resolve some of the aforementioned and other challenges posed by modern day ovens. It must be stated that although the option is called “Sabbath Mode”, it does not allow for any type of cooking or warming on Shabbos. Rather, Sabbath Mode is used to override the safety shut down feature and other electric features. But even with Sabbath Mode, one may not operate the digital controls to adjust the temperature on Yom Tov because doing so involves the use of electricity.[17] At this time, there is no Sabbath Mode for stoves.

If you are using a mechanical electric oven or stove, some of the aforementioned issues may be circumvented by calling an electrician to install an indicator light which turns on when there is a flow of electricity to the burner and off when the flow stops. Many of the older ovens were already built with this kind of indicator light near the controls.[18] When the light is on, the temperature may be raised because turning the dial does not start an electric flow, rather, it simply ensures a greater duration of the existing flow. Similarly, when the light is off, the temperature may be lowered because it does not stop the electric flow, rather, it simply extends the duration of the down time.

Rabbi Heber is the Director of Community Kosher at the COR

[1] Most of the laws of food preparation on Yom Tov are beyond the scope of this article. Please consult with your Rabbi for general guidance.

[2] This article is not intended to issue a psak halacha on any of the matters discussed herein. Please consult with your Rabbi for halachic guidance.

[4] Hav’ara is permitted for a Yom Tov purpose as long as this purpose falls into the category of “Shave L’kol Nefesh”. See Tosfos in Shabbos [39:] and Beitza [21:].

[5] If “same-day cooking” does not enhance the quality (taste) of the specific food, even a small amount, then one should cook that food before Yom Tov. If he did not have time to do so, he may cook it on Yom Tov with a shinui. See Rama, OC [495:1] and Mishna Berura ibid. [9, 10].

[7] One must ensure that the act of lighting the barbeque does not involve any use of electricity. Please note that the barbeque cannot be turned off on Yom Tov.

[8] It is forbidden to cook food on the first day of Yom Tov for the purpose of eating on the second day of Yom Tov. See Shulchan Aruch, OC, [503:1]. An exception to the rule is, when Yom Tov falls on Erev Shabbos, it is permitted to cook for Shabbos when an Eruv Tavshilin is made. See ibid. [527] for more details.

[12] A simple reading of the Rama ibid. seems to imply that if another source of heat is available then extinguishing the existing flame is prohibited. See Magen Avrohom ibid. [2] who writes that this is true even if an alternative flame is not already available but needs to be ignited (transferred) anew.

[14] Shemiras Shabbos Kehilchasa, Vol. 1 [1:29]. The halachic details of this issue are beyond the scope of this article.

[17] Although the Star-K permits adjusting the temperature of its certified ovens on Yom Tov, the cited opinion is that of many Rabbanim and Poskim of Eretz Yisroel and America who disagree. For further guidance, please consult your Rabbi.

[18] Please note that the lights on stoves are not indicators as they do not indicate an electric flow to the burner but merely that temperature dial has been turned on.