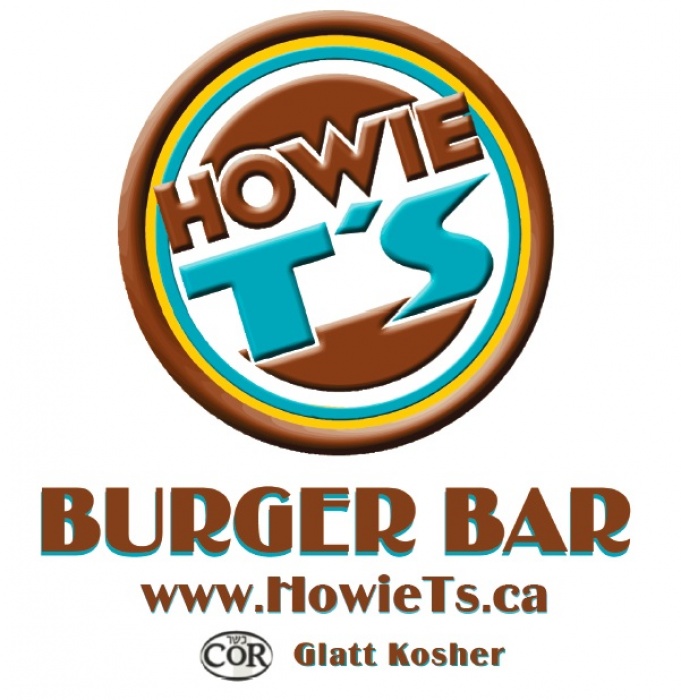 Around two years ago, Howie Rosenberg was working for a company that was making cutbacks, and he was laid off. Down on his luck, and not knowing where to turn, Rosenberg asked himself a simple question, “What does the city of Toronto need that I can help provide?” The answer, Rosenberg now recalls, was a burger place, and so, Howie T’s Burger Bar was born.

But there is a vast gulf between concept and completion, so Rosenberg, known to friends as “Howie T” got to work. The first thing to do was to find a location and as Howie T remarks, “They say ‘location, location, location’ for a reason. If you have a great concept with a terrible location, your restaurant is probably going to fail. So when a space at Bathurst and Lawrence where a pizza place used to be opened up, I signed a lease immediately.”

With a location pinned down, now Howie T had to roll up his sleeves. “The property was in shambles,” he recalls. “We ripped out the old layout and had to start from scratch.” In fact, the proposition was so daunting that at one point, Howie T thought about calling it quits. But he got a pep talk from — who else — his mother. “My mom said to me, that’s your name up there on the outside of that restaurant. You are Howie T. Buck up’. So I did and kept going.”

Opening day was July 21st – less than two months from when Howie T signed the lease. The nine days had just ended — the time when Jews traditionally abstain from eating meat — so kosher consumers were hankering for meat. In addition, the “Howie T’s” sign had been up for just over a month so consumers were curious, a “buzz” had developed. As a result, on opening day a line-up had formed outside of the restaurant. All Howie T wanted was for things to run smoothly. Rosenberg recalls, “Our first customer ordered a burger, paid with cash, I opened up the till and I had nothing in there, so I couldn’t give him change. Then he gave me his credit card but because I hadn’t setup the machine it didn’t work.” In other words, an opening day nightmare. But Howie T reflects, “To come from there to where I am now, where everything is automatic — and we’ve even expanded to provide Howie T’s sub sandwiches, Howie T’s catering and Howie T’s mobile grill where we basically run your barbeque event for you. It’s a huge accomplishment for me and my entire staff.”

The Howie T’s menu has the standard burger bar fare: hamburgers, hotdogs, fries, onion rings, but it also has some outside the box options including chicken wraps, steak on a bun, sliders, submarine sandwiches and salads. Reflecting on his menu, Howie T is most proud of his price point “I want consumers who come to Howie T’s to have good food at very reasonable prices. Our four ounce burger is $2.99. That means a large family can come out to eat for $30 or $40. For me, that’s something really special.”

Howie T also gets particular satisfaction from his consumers who don’t keep kosher. “Whenever I have a customer come in and ask for a bacon cheeseburger, I smile because it means I am doing something right — they came to Howie T’s instead of Macdonald’s. And then when they eat our products and say this is better than MacDonald’s’ it makes me smile again.”

Howie T is the first to admit that even though it’s his name on the sign, it’s a team effort. “My staff is amazing. I have one staff member who knows how each customer likes his burger. Between our customers and our staff, it’s like a family.” Indeed, Howie T’s is a family affair, as Rosenberg’s mother and father, sister, fiancé and even grandmother often pitch in when needed.

Howie T acknowledges that one of the fundamental requirements for running a kosher restaurant is the kosher portion, and in that regard he is happy to be working with COR- Kashruth Council of Canada, Canada’s premier kosher certification agency. “Working with COR has been fantastic,” Howie T relates. “The rabbis are extremely knowledgeable and when out of towners visit Toronto and ask who certifies my restaurant, they are always very pleased to know that Howie T’s is a COR supervised establishment.”

Approximately a year into his venture, Howie T can now take a step back and reflect on his experiences. “To think that just two years ago I was out of a job and now, I have a successful restaurant that people enjoy, it’s just amazing. I’m just so thankful. I believe that everything in life happens for a reason and I can honestly say I’ve seen G-d’s hand actively in my life. It’s been a lot of work but I truly feel blessed to be running Howie T’s.”

To find out more about Howie T’s you can access their menu online at www.howiets.ca or contact Howie T directly at [email protected].