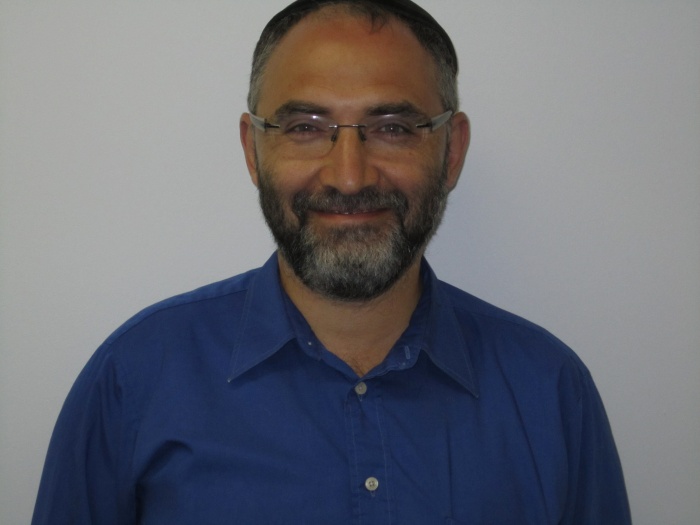 Joseph Sheinis was born in Korosten, Ukraine before moving with his family to St. Petersburg when he was five years old. After graduating high school he went to St. Petersburg Technical University where he studied mechanics, automation control and the relatively new field of computer programming. In 1991, Joseph obtained his Ph.D.

But Joseph didn’t see a future for himself in Russia, so he started looking for job opportunities elsewhere. One of those places was Israel. But he assumed that not knowing the language would be an obstacle so he enrolled in a Hebrew language and Jewish tradition course provided by an organization called Shvut Ami. Joseph was raised in a secular communist family. He vaguely remembers his great grandmother lighting Shabbat candles, but after she passed away, there was hardly a mention of what it meant to be Jewish. But during his Hebrew language course something was awakened in him. Perhaps that something was the “pintele yid” — that unique spark of the Jewish soul –because soon enough he made the decision to become an observant Jew.

But in communist Russia in the early 1990’s, making this kind of decision wasn’t easy. For example, the supply of kosher meat was extremely limited, so much so that often times Joseph’s entire family would have only half a chicken to eat for the duration of Shabbat! Indeed, one of the things he noticed when he later moved to Toronto was the immense selection of kosher food. “I couldn’t believe it,” Joseph recalls.

Even though Joseph had been preparing to go to Israel, life, as it often does, changed courses. As the Yiddish expression goes, “Men tracht und Gott lacht,” (man plans and G-d laughs) and Joseph received an invitation from a professor at York University in Toronto to do post doctoral work so he moved shortly thereafter. After about two years doing research in computer science at York University, in 1994 he decided to go into industry.

Joseph has had a number of challenging roles, including a three year stint on the software architecture team at Sun Microsystems. But he says that his most rewarding role has been working at COR.

Joseph’s involvement with COR began in a consulting capacity. Due to the complex nature of the food manufacturing business, COR management realized that they needed a state of the art computer system. Because of Joseph’s friendship with Ari Messinger, a member of the COR Executive, Joseph volunteered his time to help find the right candidate to build the new computer system. As Ari Messinger tells the story, “We interviewed a number of candidates for the role of software developer. Joseph designed a test for them to take, and one after one, each of them failed. Finally, one of the candidates said, ‘why don’t you just hire the guy who designed that test that we all keep failing? He’s the only one who can pass it anyway.’ So we did.”

Joseph explains how kosher certification has changed over the years and why a sophisticated computer system — the one he developed for COR is called CORporate Kosher — is now necessary for any reliable kosher certification agency. “The food industry has become very sophisticated. There are countless food products, complex manufacturing processes, and new ingredients from all over the world. How do you keep track of that? How do you know it is kosher? 20 years ago, an inspector could have everything in his head. Now it is beyond human ability. So now with CORporate kosher, when an inspector goes and makes an inspection he knows what to check. He has all of the information at the fingertips. And this significantly increases the quality of kashrut.”

In Joseph’s own words, this is generally how the CORporate Kosher system works:

“When a company applies for kosher certification for a product, they provide COR with the ingredients and formulation. This is stored securely in CORporate Kosher. The rabbi reviews it and verifies if the ingredients are kosher certified. Because of the sophistication of CORporate Kosher, in most cases COR already knows if that particular ingredient is kosher. Once the rabbi is happy with the kosher status of the product, he approves it in the system. The next step is to make a physical inspection. COR needs to verify that what is happening in CORporate Kosher is what is actually happening at the manufacturing facility. When the rabbi makes his inspection of the plant, the rabbi will look at the batching sheets – the records of production — to make sure that there are no discrepancies. If everything goes according to plan, the rabbi approves the products, and the company is granted a letter of kosher certification along with the right to place the COR logo on their product.”

With the bulk of the design of CORporate Kosher now complete, Joseph can now sit back and wax philosophical about his time at COR. “Working at COR has really been a fantastic experience,” Joseph admits. “The integrity of the people who work here is very high, and they are dedicated to the organization and the community at large.”

Joseph concludes with his characteristic humility, “I am not sure how I was given the zechus (merit) to work at COR. Maybe because I volunteered for a month? I am not sure. But to be able to work on behalf of kosher consumers and increase the standards of kashrut – this is a very big mitzvah.”