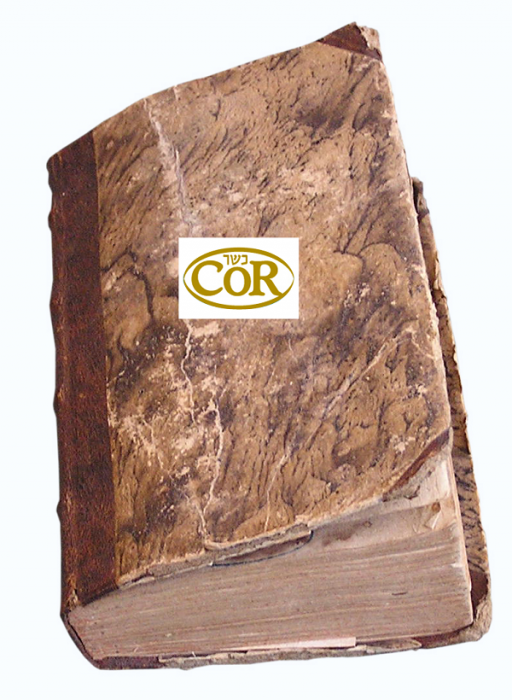 This year, 2012/5772, COR – Kashruth Council of Canada is celebrating a milestone — 60 years serving as Toronto’s community kosher certifier and Canada’s largest kosher agency. Birthdays are often a time to reflect and look back so COR is looking into its origins and will be documenting them in various publications over the year. As a first step, below are some of the events that gave rise to COR’s formation and development. As COR looks back, we also look forward towards a vibrant future.

In the 1940s and early 1950s kosher meat supply in Toronto was unregulated and chaotic, frustrating the local Jewish community. Rumours began to circulate of unscrupulous butchers passing off non kosher meat as kosher. The Canadian Jewish Congress (CJC) was asked to help establish an effective and orderly supervisory regime for kosher meat in Toronto. In 1950, an Orthodox Division within Congress was established with 10 synagogue presidents appointed to serve on the Executive Committee with Mr. Meyer Gasner serving as Chairman. The Committee met in November 1952 and formally established the Kashruth Committee.

The mandate of the Kashruth Committee would include:

a) Consolidation of all existing forms of supervision under the auspices of the Kashruth Committee; and

b) The institution of an intensified public relations program to increase awareness and observance of the laws of kashrut.

In 1954, the name “Vaad Hakashruth of the Canadian Jewish Congress of the Central Region” was adopted. The membership consisted of 12 pulpit rabbis. The Rabbinical Council of the Vaad Hakashruth was made up of Rabbi G. Felder, Rabbi B. Rosensweig, Rabbi D. Schochet, and Rabbi W. Wurzburger, and had full authority over matters of halacha with respect to kashrut. Upon the recommendation of Rabbi Wurzburger, Rabbi Felder was appointed chairman — by acclamation and became the organization’s driving force.

Mr. Gasner became Chairman of the lay committee and Rabbi Nachman Shemen was engaged to run the department.

In June 1956 the name that was adopted by the Rabbinic Body was “Council of Orthodox Rabbis” affiliated with the Canadian Jewish Congress. This is the source for the Kashruth Council of Canada’s “COR” name and logo.

The parties agreed that Congress would undertake the administrative responsibilities including the guardianship over the kosher seals, while determination of all matters of religious law would be determined by the Rabbinical Vaad Hakashruth.

COR Meeting During the Early Years

During COR’s early years, the organization had a number of successes, perhaps chief amongst them was lobbying then Prime Minister John G. Diefenbaker to have Jewish ritual slaughter (shechita) approved by the government of Canada and protected by law.

For many years, Rabbi Gedalia Felder was COR’s leader as chairman of the RVH, while Rabbi Y. Kerzner, was vice-chairman, and later, chairman of the RVH. Rabbi Mordechai Levin joined COR’s staff in 1984 to assist Rabbi Shemen in the administration of the department.

In July 2000, the Orthodox Division of Federation (COR) was incorporated as a legal non-profit entity and became the Kashruth Council of Canada under the chairmanship of Marvin Sigler.

COR is now Canada’s largest kosher agency, certifying over 65,000 products at approximately1000 facilities across Canada and beyond.

COR will be compiling additional information about our origins and history. If you have any relevant anecdotes or documentation or know the identity of the unidentified members in the picture above, please contact us at [email protected].