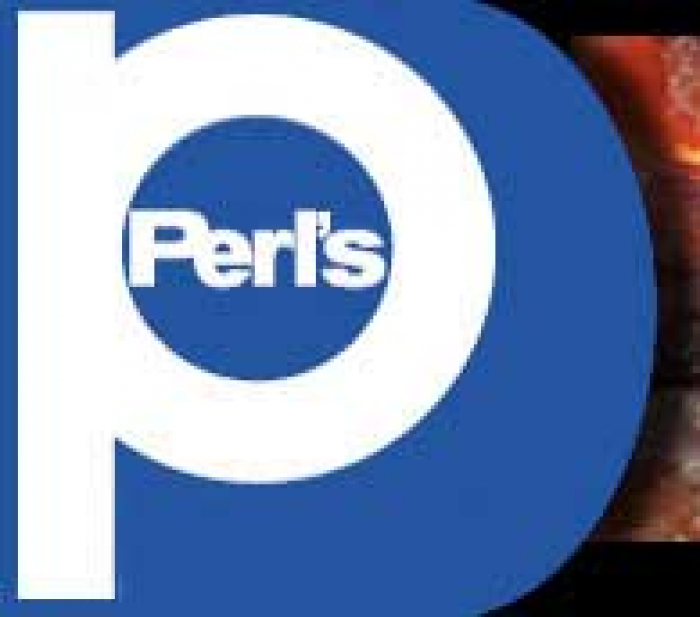 To this day when Canadian kosher consumers hear the name “Perl’s” they think kosher meat. Perl’s was known by kosher and non-kosher consumers alike, as the largest manufacturer of kosher meat products in Canada. But tragedy struck in 2006, when a fire destroyed their entire facility. Since then, consumers have been without those tasty Perl’s products they grew up with. Until now…

Originally from Romania, Mr. Perl found himself in a Nazi concentration camp during World War II with many of his other co-religionists. When the camp was liberated by the Russians Mr. Perl first moved to Brussels where he had had uncles and aunts from both sides of the family. But in 1950 Mr. Perl decided to move to Canada.

A young holocaust survivor, Mr. Perl struggled to find work in a country where he barely spoke the language. Finally he found a job as a laborer in a textile factory. Being Sabbath observant, Mr. Perl had to work late nights to make up for the hours he wasn’t able to work on Shabbos and more: up to 84 hours a week. Ultimately he left the job after his employer tried to force him to work on Shabbos.

Though he knew nothing about the industry, Mr. Perl decided to go into the kosher meat business. Against all odds he opened a butcher shop at Bloor and Manning in 1953. Perl worked hard to build up his business, putting 15 hour days, but still diligently observing Shabbos. He experienced much success. In 1963 he moved his shop to Bathurst and Lawrence, following his clientele as they moved north. The business continued to grow and he was now employing about 60 people. Known for having the highest quality and freshest product, Perl’s was selling kosher meat and meat products to everyone, including those who did not observe kashrut – non Jews included. At Passover time he was selling over 5,000 lbs of gefilte fish and thousands of pounds of meat. Perl’s went on to become Canada’s largest supplier of kosher meat and products and his offerings were available at many large retailers across the country.

But in 2006, tragedy struck. A fire gutted the facility at 3019 Bathurst St. wiping out a holocaust survivor’s dreams. Because the fire occurred on Shabbos, Mr. Perl did not find out about the incident until hours later. Perl’s has been out of business ever since. Always a survivor, Mr. Perl has been planning a comeback ever since.

Recently Perl’s has purchased a factory. Under the supervision of COR – Kashruth Council of Canada, the factory has been koshered and Perl’s has begun to produce select products. Currently, consumers can find Perl’s salami and wieners at select kosher retailers including Hartman’s, Hermes, and The Kosher Gourmet. Mr. Perl assures kosher consumers that if all goes well, we will begin to see Perl’s products in many major retailers soon.

Over 60 years after he moved to Canada with nothing, in some ways Mr. Perl is starting over. He succeeded once, and Canadian kosher consumers are confident he can do it again.