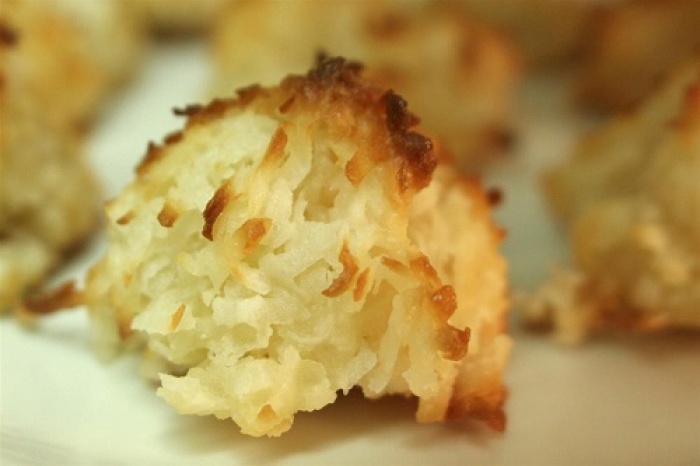 From medieval to modern times, the macaroon has made its mark.

It has always puzzled me why the holiday of Passover involves macaroons. Each year when I start my Passover shopping expeditions, at some point I always end up with a can of macaroons in my hand, wondering if this year I should buy the chocolate chip or try some new flavour. Also, each year I wonder where this tradition came from or better yet, what macaroons are altogether?

According to legend, the macaroon’s humble beginning dates back to an 8th or 9th century Italian monastery. The culinary encyclopedia “Larousse Gastronomique” edited by Jenifer Harvey Lang (Crown, 1988) says the earliest record has been traced to Commercy, France, in the year 791, where they were made at a local convent. Another source has its origins in Italy, coming to France in 1533 with thepastry chefs of Catherine de Medici, the wife of King Henry II. There was considerable travel between these two regions as various empires and monarchs attacked each other so it is unclear where the first macaroon was created. Most historians are inclined to believe that the macaroon originated in Italy, probably Venice, and was transported to France by sailors where it was further refined by French pâtissier techniques.

The consensus is that the word “macaroon” comes from the Italian word ammaccare which means to crush. This references the almond paste which historically was its main ingredient. Almonds were introduced to Venice by Arab invaders beginning in the 7th century. Egg whites and sugar were then added to create the cookie. Macaroon recipes also appeared in Syria in the 15th century under the name, Louzieh, derived from “Louz” which means almond in Arabic.

Since the cookie has no flour or leavening, Italian Jews adapted the recipe in order to enjoy it on Pesach. The exact time when this occurred is unclear. During Pesach, some added potato starch to give the macaroon more body. Eventually the minhag (custom) spread all over Europe and although it was consumed year round, the chewy almond paste variety remained a Pesach treat. By the late 19th century and especially in North America, the almond was replaced with coconut as the almond cookie tended to be more fragile to make as well as transport.

The move to shredded coconut, the main ingredient in modern macaroons was discovered in the 1890’s by a French company that needed a method of shipping the product to Europe from Ceylon or Sri Lanka where the nut was discovered. Desiccated or shredded and dried coconuts were found to be easier to pack without spoilage. Within five years, this same issue occurred in North America when Franklin Baker, a Philadelphia flour miller, received a shipload of coconuts in payment of a debt from a Cuban businessman. Shredding was his only option to sell the cargo before the nuts spoiled. This discovery provided chefs of the day the ability to incorporate coconut into various sweets and candy including the move from the traditional almond macaroon to coconut.

In the 18th century, French cuisine took the macaroon or macaron to another level. While sticking to the original recipe of almond paste, sugar and egg whites, they refined the shape to create a lovely cookie that is now available in specialty shops and served at weddings. Rather than dropping a spoonful of the mixture onto the baking sheet, the French create two perfectly formed and rounded cookies, bake them and then add a jam or other filling in the centre. Many times the cookie is coloured so it can be coordinated with a specific theme or table setting. These delectable treats have recently been introduced to North America where they are giving the cupcake craze a run for its money. Unfortunately, most macaroons of the kosher for Passover variety are decidedly more ordinary. Indeed, kosher consumers recognize the popular tin container out of which many North American Passover food manufactures sell their macaroons.

But the kosher for Passover macaroon is coming of age. Variations to the simple coconut macaroon now include chocolate chip, chocolate dip, chocolate flavour and coffee flavour, to name a few. In recent years, some people have moved away from purchasing macaroons in a can, preferring bakery made or even homemade macaroons.

To the joy of the many consumers that are gluten sensitive, macaroons are usually made gluten-free. Careful verification is still required since many variations exist from the original three ingredient recipe from centuries ago.

In my attempt to provide some historical detail to a simple sweet and in anticipation that I have added a desire to test your baking skills, here is a macaroon recipe from our friend Nancy Weisbrod.

Preheat the oven to 300°F and line your cookie sheets with parchment paper.

Toss the coconut and almonds with the 2 Tablespoons sugar, spread on a baking sheet and toast in the oven for 15 minutes. Watch to make sure it doesn’t burn.

In a large heatproof mixing bowl placed over a pot of simmering water, beat the egg whites and sugar with a whisk until thick and foamy, about 5 minutes. (The heat enables maximum volume and help the cookie retain its shape).

Add the salt and continue to beat, off the heat, with an electric mixer until cool and peaks form.

Shape the macaroons with either a small, spring-loaded ice cream scoop or with two soup spoons.

Bake for 30 – 40 minutes. Turn off the oven and continue to dry out for a further 30 minutes. Let the cookies cool before attempting to peel them off the parchment paper.

Store in an airtight container.

Judy Pister is an Executive Assistant and New-Client Representative at the Kashruth Council of Canada (COR).