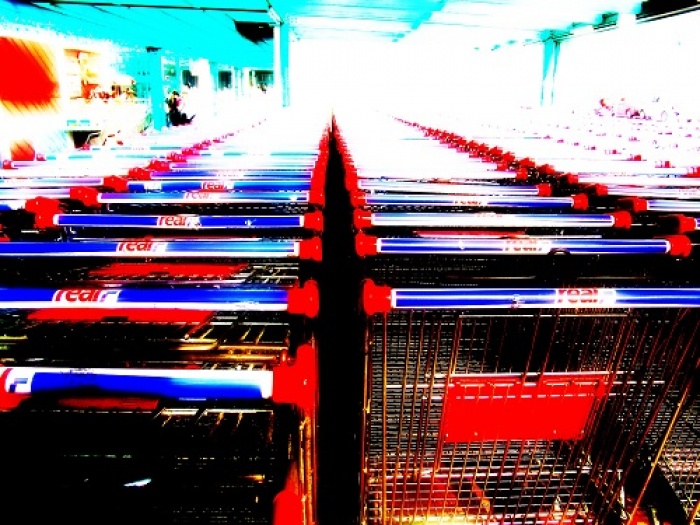 It’s cold outside and like a true Canadian I fought the frigid winter by cowardly fleeing southward for a brief family vacation. While I was there I couldn’t help but peruse the aisles in the local grocery stores as I like to do back home (yes my wife hates shopping with me) and I asked myself a question that many kosher consumers ask us here at the COR: why are there more kosher products in the United States than there are in Canada?

I think that there are a few answers. The first thing to keep in mind is that there are just more products in the United States than there are in Canada, not just kosher products. Walking the aisles I couldn’t help but marvel at the sheer variety. For example, in Canada I see a few different types of Hershey Kisses: dark chocolate, milk chocolate, cookies and crème – you get the idea. But in the United States there was raspberry and cherry and mint truffle and the list goes on. I also saw novel products like the Smucker’s peanut butter and jelly in one jar. Because who has time to open two jars.

So why is it that these products aren’t available in Canada? Well, remember, the population in the Unites States is approximately 10 times the size of Canada, and to make matters worse, American are bigger spenders than we Canadians. According to Toronto Dominion Bank’s economics publication Observation, “On a per capita basis, however, American’s spend an average of $17,900 per year in retail outlets, versus an average Canadian who spends $17,000. Americans have always spent more than Canadians.” So in many cases, the products we see in the Unites States which are kosher certified are not available in Canada because, presumably, it is not profitable enough for manufacturers to produce them or for retailers to create shelf space for them.

What about an identical product that when sold in the Unites States is kosher but in Canada it is not kosher? Surely it must be OK, it’s the exact same product, right? Well, it’s not that simple. Let’s take Kit-Kat as an example. The Kit-Kat brand is owned by Hershey’s in the United States which is kosher certified, but owned by Nestle in Canada and their Canadian manufacturing plant is not kosher certified. In fact, a Nestle Canada representative told me that the product formulation of the Nestle Canada Kit- Kat is different than the Hershey’s Kit-Kat because each country has its own unique palette and subtle taste preferences. In this case, Americans prefer chocolate which is a more bitter while Canadians prefer sweeter, richer chocolate which is reflected in the formulations of the respective Kit-Kats. Who knew?

Finally, we should acknowledge the fact that there are more kosher consumers in the United States than there are in Canada. The Unites States has a Jewish population of approximately 6 million whereas in Canada there are approximately 400,000 Jews. That’s a lot fewer Kit-Kats.

But it’s not all bad news. We are very fortunate in Canada to have a large variety of kosher food with reliable kosher certification like the COR which is printed clearly on the package (that’s not to be taken for granted — many countries don’t allow the kosher symbol to be printed on the package at all). In addition, companies are very responsive to consumer feedback – especially in today’s social media environment. If enough kosher consumers voice their concerns about a particular product not being kosher certified, if it is feasible, the company will likely listen. I remember visiting Kellogg’s and their customer relations department told me that they typically receive seven calls per month pertaining to kosher. They logged every single one – even the one from Bubbie Finkelstein offering to share her Rice Crispy cholent recipe.

So in the end, the power is in your hands, kosher consumer. Go ahead — contact the companies. Let them hear your voices! And if that doesn’t work, you may just have to make do with using two jars instead of one for your peanut butter and jelly sandwiches.