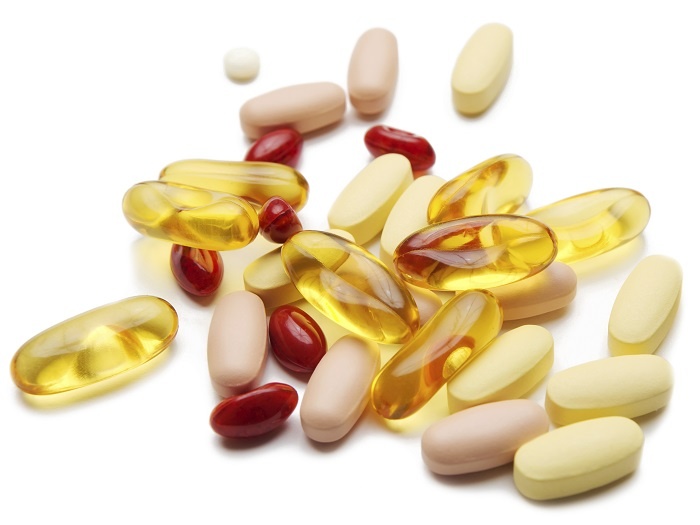 A Halachik analysis of the kosher status of vitamins and medicines.

The constant stream of questions from our community pertaining to medicines and vitamins rank amongst the most frequently asked kashrus questions that come through the COR hotline throughout the year and especially before Pesach. On the one hand, pharmaceuticals rarely bear kosher certification and often contain non-kosher ingredients. On the other hand, a “when in doubt err on the side of caution” approach that is taken in regard to standard food products when there is a doubt is not an option when confronting the kashrus of medicines and products whose necessity is significant. Such questions must be looked at with great care and sensitivity and halachic guidance must be sought from Poskim.

In July 2012, at the Association of Kashrus Organizations’ (AKO) Vaadim Conference hosted by COR, the Rosh Hakollel (Dean) of Kollel Toronto, Rav Shlomo Miller shlit”a, was asked to address this question. Rav Miller was asked to provide guidance to kashrus professionals from around the world on how to address questions pertaining to the kashrus of medicines. The following article is adapted from Rav Miller’s address to the AKO Rabbonim.

Non-kosher food which has become inedible to the extent that a human would not consume it – nifsal may’achila – loses its non-kosher status.[i] However, one cannot be too quick to assume that a product is inedible even if it might seem that way to the layman. For example, Rav Shlomo Zalman Auerbach zt”l cites a Gemara which says that מי רגלים של חמור (urine of a donkey) is not inedible and another Gemara which implies that צואת האוזן (mucus of the ear) is not inedible.[ii] Accordingly, one should not automatically assume that all medicine and vitamins are inedible.

An illustration of the above concern is hard gelatin capsules. Animal gelatin is assumed to be prohibited but some say that in its hardened form it is like plastic and should be considered nifsal may’achila. In fact, if a hard gelatin capsule is put into water the gelatin would dissolve and revert to being fully functional gelatin. Therefore we do not consider it nifsal may’achila.[iii]

While it is true that food which is nifsal may’achila loses its non-kosher status, consumption is nevertheless rabbinically prohibited due to a halachic principle called achsh’vay. Achsh’vay means that by consuming food that is nifsal may’achila – to some degree – I am demonstrating its importance and re-establishing it as “food”; at least as far as my personal consumption is concerned.[iv] However, achsh’vay does not apply to pharmaceuticals taken for medicinal purposes because the consumption of the item does not show that the person considers it to be food, rather he considers it of benefit to him as medicine.[v] Foods which are inedible can therefore only be consumed for medicinal purposes.

Generally speaking,[vi] consuming non-kosher food in an unusual manner (she’lo k’derech achila) is not prohibited by the Torah (מדאורייתא); but it is prohibited by the rabbis (מדרבנן). Notwithstanding the rabbis granted an exception to a choleh and allowed him to consume non-kosher in a manner which is determined to be she’lo k’derech achila.[vii] A primary example of she’lo k’derech achila is food which is mixed with an ingredient whose taste is very bitter to the extent that a normal person would not eat it. Other examples include consuming food in a raw state or while it is scalding hot.[viii] On the other hand, the act of swallowing food without chewing is classified as a usual manner of consumption (k’derech achila) unless the reason for swallowing is because the food is too bitter to chew.[ix] Therefore, going back to the hard gelatin example above, since no one eats gelatin (or any other food) in a plasticized form, eating or swallowing a hard gelatin capsule is she’lo k’derech achila. As such, a choleh is permitted to use a hard gelatin capsule.[x] The extent of the ailment that must be present in order to permit she’lo k’derech achila is the subject of debate amongst the Poskim and may differ from case to case.[xi] As such, one should always consult with their rabbi to make this determination.

There is a practical difference that can be pointed out between an item that is permitted based on the principle of nifsal may’achila and the principle of she’lo k’derech achila. If an item is nifsal may’achila a person may consume it for medicinal purposes even if there is a kosher-substitute, but if the item is merely she’lo k’derech achila then it is only permitted if there is no reasonable alternative which is kosher.[xii] The definition of “reasonable alternative” is case specific. As such, one should always consult with their rabbi to make this determination.

All of the principles cited above have equal application on Pesach to pharmaceuticals that contain chometz with two caveats; 1) in order to attain the status of nifsal may’achila the chometz ingredient must become so inedible that even a dog would not consume it;[xviii] 2) chometz on Pesach does not become nullified in a mixture.[xix] Pharmaceuticals that do not contain chometz but contain kitniyot are permitted for someone who feels ill even if they are edible.[xx] Finally, we must bear in mind the prohibition against owning chometz on Pesach which applies equally to edible pharmaceuticals.[xxi]

There are people who would consider opening the hard gelatin capsule and then consuming the medicine contained in it, so as to avoid the need to swallow gelatin. From a medical perspective this is not advised since there are times when doing so may be counterproductive since the medicine is designed to slowly be released through the capsule. It is also not advisable for people to wrap the capsule in paper, which is allowable according to halacha,[xxii] since swallowing paper may have a deleterious effect on the patient. Rather, the choleh should rely on the heter of she’lo k’derech achila as described above and swallow the hard gelatin capsule as it is intended. It should be noted that there is a kosher version of the hard gelatin capsule which is made from vegetables.

Tablets are primarily made of starch and other food items with a small amount of bad-tasting medicine mixed in, and therefore the pill fits the status of she’lo k’derech achila which is permitted for a choleh when there is no substitute. Although there are stearates on the outside of the pill which may be of non-kosher origin, they are considered to be mixed into the pill and are batel b’shishim and therefore do not pose a concern.

Cough medicine typically contains glycerin which is often made from non-kosher animals. Accordingly, where no kosher alternative is available, it may be possible to invoke the heter that suggests that the prohibition of giving a child non-kosher food does not apply to chatzee shiur and a rabbi should be consulted with.

Regarding adults, however, there is no way to consume cough medicine that contains glycerin and does not bear reliable kosher certification unless it is diluted into water that is sixty times its volume. Accordingly, since glycerin is usually not more than 20% of the volume of the cough medicine, one can nullify the medicine into twelve times its volume since at that point the glycerin would be nullified. This presumes that the existence of glycerin in the original mixture does not render the entire mixture as non-kosher. Since such a presumption is not a simple matter, it would be preferable to nullify the medicine into sixty times its volume, if that is possible.[xxiiii]

Chewable pills are not nifsal may’achila and their consumption is considered to be a normal manner of consumption. Therefore if there are possible non-kosher ingredients in chewables an adult would be forbidden from taking them. As noted above, since chewable pills are smaller than a kezayis, it may be possible to give one to a child if there or no kosher alternatives available and a rabbi should be consulted with.

Previously, we noted that hard gelatin capsules are she’lo k’derech achila because people would not eat them in their current, plasticized state, and are therefore permitted for cholim. In contrast, softgels are possibly considered edible and their consumption might be considered a usual manner of consumption.[xxvi] Accordingly, even cholim should avoid softgels. Therefore, the only way they can be consumed is if one wraps the softgel in a paper, kosher capsule, or some other non-food item before swallowing the softgel.

Vitamin tablets that are taken as part of a daily nutrition supplement should bear reliable kosher certification. Since the vitamin is being consumed as a food replacement and not as medication it does not fall into the special heter for cholim stated above. On the other hand, if the person takes therapeutic doses of vitamins as a form of medication, then the person may take them in tablet form regardless of whether the ingredients are kosher.