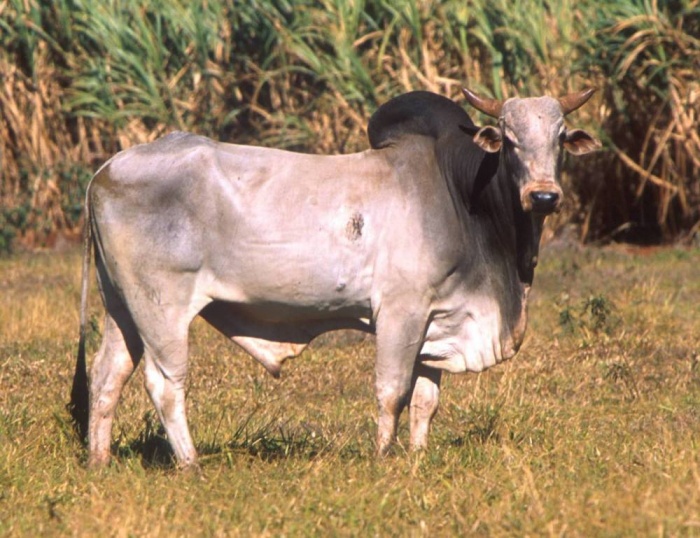 Before answering the question whether or not a Zebu is kosher, we first must answer the question: what is a Zebu. The Zebu is an animal native to parts of Africa and is also raised in South America and Mexico. It is distinguished by a hump on its back and hanging skin. It is particularly suited to survive the extreme heat as the hanging skin contains many sweat glands. These glands allow the animal to sweat profusely, thereby maintaining its body temperature. It can also survive for longer periods without food or drink. Although the Zebu is a species of domestic cattle and has the signs of a kosher animal, i.e. split hooves and chewing its cud, there is still uncertainty about how to classify it.

Kosher animals are separated by the Torah into two groups. The first group is domesticated animals (beheima) and includes three types: cattle, sheep, and goats. The second group is wild animals (chaya) and includes seven types. Each of the two groups has distinct halachos.

One of the seven types of wild animals is the תאו which is translated as the “wild ox”. The variety of cattle known as Zebu may in fact be a תאו – the wild ox.

Shulchan Aruch Y.D. 80 discusses how to identify a chaya in contrast to a beheima. The Shach says that this is not relevant criteria, as we do not consume animals for which we have no tradition. This approach is similar to the restriction used when it comes to birds – i.e. that we only consume them where there is a mesorah (tradition) to their kosher status.

The Pri Megadim takes issue with the simple meaning of the Shach’s position that we only eat animals when we have a tradition, and asks why there would be such a custom regarding animals. The simanim (signs) of kashrus of birds are more complex and thus prone to error but the simanim of animals, split hooves and chewing its cud, are straightforward without room for error. The Pri Megadim therefore says that the minhag when it comes to animals is to treat all unknown species as safek chaya (wild, out of caution) and to require the stringencies of both chaya and beheima, namely, requiring kisui hadam, and to forbid its chelev fats.

The Chazon Ish on the other hand learns the Shach according to its simple meaning, that one should simply not eat unknown species.

Rav Shlomo Miller shlit’a, Rosh Beis Din of Kollel Toronto explained that even according to Chazon Ish the minhag not to eat new species is not related to simanei kashrus. The concern is that there is a lack of certainty regarding the classification of the animal (i.e. chaya or a beheima). Since a status of safek chaya/safek beheima requires one to fulfill the chumras (stringencies) of both i.e. not to eat the cheilev, and do kisui hadam, the minhag was to avoid this because people would rationalize and not keep both chumras. Rav Miller pointed out that this concern is valid because those who shecht zebu do not practice kisui hadam.

On a practical level regarding whether COR should allow imported meat from zebu extraction, Rav Miller gave the following advice which was heeded by COR’s rabbinic staff: he said that it does not seem that the prevalent practice of Torah observant Jews in America is to be concerned with the Chazon Ish’s minhag. Perhaps then this is a minhag that can change over time subject to acceptance. Even those who are bound by this minhag can use meat when the majority of the meat supply is not zebu.

Furthermore, Rav Miller said, since the minhag of not using new species is based upon the requirement to fulfill chumras of chaya and beheima, there is room for leniency in third generation zebu mix breed. If one can employ the concept of rov (majority) when the offspring is mostly beheima to absolve the obligation of kisui hadam, there would be no reason to prohibit its use.

Whether or not one could consider this offspring rov beheima, would be dependent on how one views a mixed breed. This is discussed by Pri Megadim and Chochmas Shlomo:

· Chochmas Shlomoסימן פ’ on the other hand writes that in a mix breed one never knows how much of each type is in any given part of the animal.

In summary Rav Miller advised that in his opinion, there was nothing wrong with COR allowing meat from shechitas that use zebu. Since the majority of what is shechted today is third generation species, it would not appear as noticeable zebu, i.e. hump backed. Therefore all, even those who follow a minhag like the Chazon Ish, can consume the meat of the zebu species with the comfort that it is in fact kosher.

Rabbi Teichman is a Rabbinic Coordinator at COR