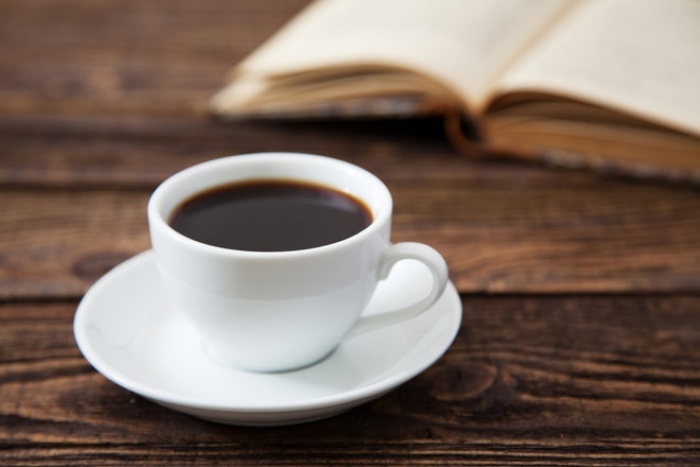 To those of us who grew up in the 20th century, it may appear that the 21st century has transformed coffee from a stimulating hot drink into a dynamic social culture. In reality, the formulation of culture around coffee and coffeehouses dates to 14th century Turkey. Coffeehouses in Western Europe and the Eastern Mediterranean were traditionally social hubs as well as artistic and intellectual centers. In the late 17th and 18th centuries, coffeehouses in London became popular meeting places for artists, writers, and socialites, and were also the centre for much political and commercial activity. Elements of today’s North American coffeehouses have their origins in early coffeehouses and continue to form part of the concept of coffee culture.1 The terms “coffeehowser” or “coffeehyser” are found in halachic literature dating back to the 18th century in the context of teshuvos that were written to address several aspects of kashrus that pertain to coffee.2 Clearly, Jewish people have been indulging in freshly brewed coffee for centuries.3

It therefore comes as no surprise that our people are seeking some upgraded options for Shabbos and Yom Tov. The pre-cooked, freeze-dried instant coffee that is supplied in local shuls and kollelim just doesn’t cut it for those who have become accustomed to “real” brewed coffee or even to Nespresso and Keurig. The purpose of this article is to analyze some of the contemporary options that are available and to determine which ones, if any, can be used on Shabbos and Yom Tov.

One of the great contemporary coffee innovations was the creation of microground coffee, or, in the Starbucks’ vernacular, “Starbucks Via”. Coffee beans are roasted and finely ground to a state that they are instantly soluble in boiling water. Apparently, Starbucks spent almost twenty years developing this technology to create an instant coffee that, according to many, possesses the equivalent taste of freshly brewed coffee. While the standard instant coffee is already brewed and subsequently dried to a powder, microground coffee is liquid soluble even though it has not yet been brewed.

Whenever new technologies are introduced, they create an opportunity for halachic analysis. In our case, we need to understand whether this new type of instant coffee can be used on Shabbos. Standard instant coffee is already fully cooked and can be combined with boiling water that has been poured from the hot-water urn into a kli sheini.4 In contrast, while Starbucks Via is not precooked, the coffee beans are roasted. While food which has been fully baked or roasted (but not cooked) prior to the onset of Shabbos cannot be cooked in boiling water on Shabbos, there is a heter to combine such food with water that has been poured from the urn into a receptacle and then once again into another receptacle called a kli shlishi.5 This would appear to be the solution that we are seeking offering a type of freshly brewed instant coffee on Shabbos provided that the hot water used makes its way into a kli shlishi.6

Unfortunately, it is not so simple. This heter can only apply if coffee beans were to be considered fully roasted. If coffee beans are not fully roasted, even if they reached a level of edibility, it would not be permitted to then cook the coffee beans on Shabbos.7 It is well known that there are various grades of roast of coffee beans, from light roast to dark roast. When does a coffee bean become fully roasted to the extent that halacha would allow for it to be cooked on Shabbos? Poskim have expressed doubt as to whether roasted coffee beans have the status of a food that is baked or roasted.8 Due to this doubt, we are not prepared to provide the heter to use microground coffee on Shabbos, even in a kli shlishi.9

On Yom Tov, cooking and roasting coffee beans is permitted the same way they would be cooked or roasted on a regular weekday.10 Starbucks Via is therefore permitted to be used on Yom Tov.

A single serve coffee filter is a simple way of brewing just enough fresh coffee for one cup. Regular coffee grinds are placed inside a filter in the upper cup over which boiling water is poured. The filter allows the coffee to slowly drip down through the hole in the bottom of the upper cup into the lower cup all the while brewing the grinds inside.

Our first thought is that this cannot possibly be permitted on Shabbos due to the prohibition of borer. After all, a filter is being used to separate the grinds from the coffee that is filtering through. Fascinatingly enough, our picture replicates an ancient scenario that is mentioned by our rabbis in a Mishna and it is permitted! 11

The Mishna allows one to pour water on Shabbos over grape sediments which are sitting in a filter so that the sediments can mix with the water, and the wine extract will eventually drip through the filter. Pouring water over the sediments inside a filter involves both the creation of the mixture and the ultimate separation thereof through one act of pouring. This is not considered borer, since the action begins with clear water which is not mixed with sediments and ends with clear wine which is also not mixed with sediments. The prohibition of borer is limited to a scenario where the action is used to separate substances in a pre-existing mixture.12 Similarly, in our case, the creation of the mixture and the eventual separation happen through the same action of pouring hot water over the single serve coffee filter. Clear hot water is poured into the filter and clear hot coffee is filtered out. Therefore, there is no issue of borer.13

The French press is a contraption which allows for several cups of freshly brewed coffee to be prepared at once in an easy to use device. Boiling water is poured over coffee grinds that have been placed inside the French press, and the mixture brews together for a few minutes. Once the brew is ready, the plunger is used to push the grinds to the bottom of the glass and the coffee is poured out through the top. The grinds are held back by the plunger so that they do not mix with the coffee in your cup.

We have already learned that borer is dynamic, and we should not be too quick to jump to conclusions. The question here is whether we have a mixture that is being separated—either when the grinds are plunged to the bottom of the glass, or when the coffee is eventually poured from the French press into your cup. It can be assumed that unless the glass is shaken forcefully, the grinds will settle to the bottom. At that point, the water above and the grinds below are not considered a mixture. Only the water which is situated directly amongst the grinds is considered a mixture with it. Technically speaking, if one were to be careful not to plunge all the way to the bottom of the glass, he would not transgress the melacha of borer while plunging. Furthermore, he would then be able to pour the coffee out of the top of the jar on condition that a little coffee is left mixed together with the grinds inside the press.16 That said, this is a dangerous path to take since a mistake is easily made. Our poskim have cautioned that one should not use a French press on Shabbos unless a contraption can be invented whereby the plunger would not be able to move beyond a certain point near the bottom of the jar.17

Again, we remain concerned about cooking the roasted coffee grinds on Shabbos through pouring boiling water over the grinds, even if the boiling water originates from a kli shlishi. On Yom Tov this is not an issue and the French press is permitted to be used regularly.