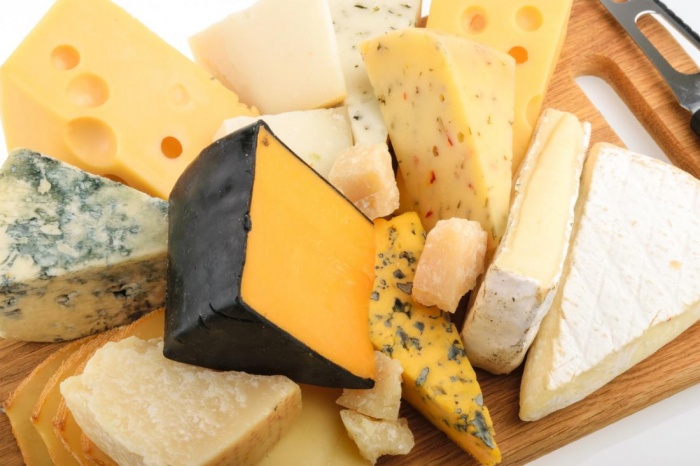 Cheese making is an ancient art that dates back thousands of years. Before refrigeration, it was the only way that people could preserve nutritious yet highly perishable milk. There are even references to cheese in Tanach, where Yeshai sent cheese to a commander in Shaul’s army.1 Today, cheese is no longer used as a way to preserve milk, but to enhance various dishes and is a delicacy in its own right.

Milk is composed of water, proteins, cream, lactose, and trace minerals. The milk proteins can be subdivided into two primary groups: caseins and whey proteins. The process of making cheese causes the casein molecules to coagulate and separate from the milk, thereby splitting the milk into curds and whey.2 Curds create the base that is further processed to become our commonly known cheeses.3 Separating milk into curds and whey can be accomplished through two methods: with the use of enzymes or acidification.

Some of the more notable enzymatic prepared cheeses are cheddar, mozzarella, and swiss, commonly referred to as hard cheeses. The process of breaking down milk into curd through enzymes occurs naturally as an integral part of digestion. The stomach generates natural enzymes (rennet) that cause the curding of ingested milk. It also secretes enzymes called lipases that help break down the fats into their basic components. This starts the process of breaking down the milk into its basic amino acids so that the body can make use of these proteins.

Historically, enzyme set cheese was produced by filling the stomachs of animals with milk and allowing the natural rennet and bacteria present in the milk to transform the milk into cheese. Even after the curds were removed from the stomach of the animal, the bacteria that were absorbed by the curd continued to remain active. These natural bacteria varied from locale to locale and therefore cheese in different places developed different flavours. For example, cheddar originated in Cheddar, England and edam from Edam, Holland.

Instead of creating the cheese within the stomach, others would use an actual piece of the stomach of a kosher animal. In order to avoid the issues of basar b’cholov, the piece of the stomach lining was dried out to the point of being as dry as a piece of wood and made into a powder. This powder was full of enzymes and, when added to milk, caused coagulation. Cheese producers could also feed a cow some milk before slaughtering, wait half an hour for digestion to begin, slaughter the animal, and then use the partially digested (curded) milk which contained the necessary enzymes to coagulate additional milk.

From a kosher perspective, there are major concerns with these processes, since they would only be acceptable if the animal used was a kosher animal. Not only does the animal need to be kosher in the generic sense in that it possesses the signs of a kosher animal, split hooves and chews its cud, but it also must have been shechted and not a treifa. There were also additional kashrus concerns such as the mixing in of milk from non-kosher animals and that non-Jews could have smeared non-kosher fats on the cheese.

As a result of the various potential kosher issues, Chazal enacted a gezaira of gvinas akum, stating that cheese must be made by an observant Jew. From a halachic perspective, this refers to Jewish involvement in creating the curds. This gezaira is independent of the gezaira concerning cholov yisroel. Even those taking a lenient approach and relying on government oversight as verification that the milk is from a kosher animal, still require the same procedure to produce kosher cheese.

Kosher Enzymes in an Industrial Setting

Food technology has developed to the point that the enzymes required to coagulate milk can be industrially synthesized as a kosher pareve product. In addition, they have isolated the various bacteria that naturally occur in the different environments and have reproduced them commercially. They have also produced lipases that help break down the fats, thereby intensifying the texture, aroma, and flavour of the cheese. As a result, there is no lack of kosher enzymes and bacteria to create all the variations of kosher cheeses.

In a typical COR kosher cheese plant the mashgiach starts his day in the early hours of the morning, around 4:30 am, when the first vat is ready for its enzyme. He is continually alternating between the various vats which require enzymes to be poured in. After half an hour, once the enzyme has done its work and the proteins have coagulated, the gelatinous mass is cut into curd, and the curds and whey are heated to 38-40°C to help form the curds and reduce the moisture. Even once the vats are all set the mashgiach is continuously tracing the prepared cheese through to the final packaging to ensure that the kosher cheese doesn’t inadvertently get mixed up with any non-kosher cheese processed in the same facility.

Acid set cheeses include cottage cheese, bakers cheese, farmer’s cheese, cream cheese, ricotta, and others commonly referred to as soft cheeses. To create cheese using the acidification method, the pH of the milk that is naturally 6.5 – 6.7 is brought down to 4.6. This acidification can be accomplished through bacterial fermentation, bacteria that consume the lactose in milk and covert it to lactic acid, or by the addition of an acid such as vinegar.6 Either way, once the pH drops below 4.6, the casein molecules precipitate out of the milk solution and cling to each other to create curd. There is a marked difference between the two types of curd. Rennet curd is sweet and soft, and the curds will knit together when pressed into a block, while acid curd is tart and crumbly and will not knit together.

Whether curd produced through the acidification process is included within the gezeira of gvinas akum is a discussion amongst the poskim. The reasoning behind the opinion that it is not included in the gezeira of gvinas akum is that if milk is left alone the natural bacteria in the milk will cause it to sour, creating curd. Therefore, Chazal were not gozer on a process that would occur naturally on its own.7 The commonly accepted practice among kashrus agencies is to rely on the lenient opinion for acid set cheeses made from government supervised milk, and they do not require an observant Jew to create the acidification. Cholov yisroel cheese that is made with a full time mashgiach will have the mashgiach create the acidification.

If you’re enjoying a pizza, lasagna, or just a slice of your favourite cheese, remember that there is more that goes into your dairy delights than meets the eye. And if you see a bleary-eyed mashgiach one day, he may just have been the one that woke up early to start your kosher cheese production.

Rabbi Joshua Norman is a Rabbinic Administrator at COR

2 The whey will contain the whey proteins, some cream, lactose, and trace minerals.

3 In a full fat cheese, some of the cream will be trapped between the casein molecules. In a low fat cheese, the milk used is skimmed before the cheese making process.

7 See Igros Moshe YD II:48 who discusses this point but does not rely on it in practical applications. Oral tradition is that Rav Yosef Eliyohu Henkin actually ruled leniently.