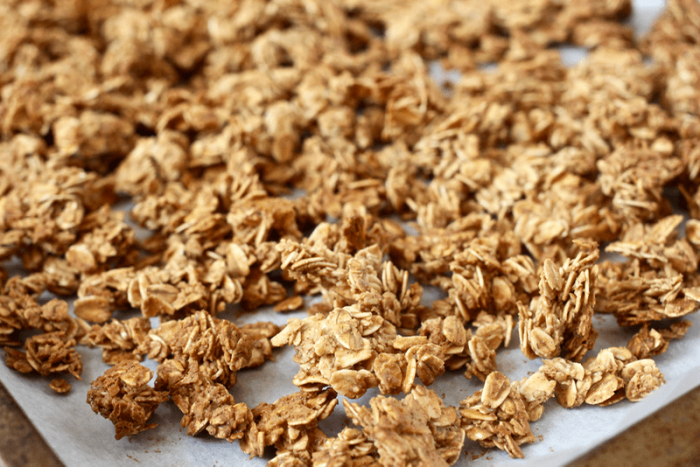 “What bracha do I make on…”

We’ve all asked that question many times, and in most cases we have settled into a routine where we are confident that we are making the appropriate brachos. So when the assumed bracha on a particular food is questioned, it can cause confusion and even frustration. A good example is granola bars. Many people assume that the correct brachos on granola bars are mezonos and al hamichia, but, as we will soon learn, it is not that simple.

Oats are one of the five grains, referred to as the chamisha minei dagan, for which the special brachos of mezonos and al hamichia are reserved. Since every granola bar contains plenty of oats, one would think that its corresponding brachos should be straightforward. However, this is not the case, as a significant question revolves around whether the oats are processed enough to earn the status of mezonos. The Shulchan Aruch paskens that grains that were toasted or cooked and still remain whole do not earn the bracha of mezonos, but rather are ha’adama and borei nefashos.1 This illustrates that grain needs to go through stages of processing in order to require the special brachos of mezonos and al hamichia.

Perhaps we should first ask: what is a granola bar? Although not all granola bars are created equal, the basic granola bar begins with rolled oats. Rolled oats are traditionally oat groats (kernels) that have been de-husked and steamed, before being rolled into flat flakes under heavy rollers and stabilized with a light toasting. Some rolled oats are whole grain oats while others have the bran of the oat groats removed. Some granola bars are made with whole oat flakes, while others break the oat flakes further into smaller pieces. The oats are mixed with other ingredients, like other grains, sweeteners, nuts, and chocolate chips and are then baked and formed into bars.

What are the processing requirements for rolled oats that earn the special brachos of mezonos and al hamichia? The Shulchan Aruch paskens that grains that were fragmented or had the bran removed and were cooked into a “tavshil” (cooked item) require the brachos of mezonos and al hamichia.2 The Mishna Brurah brings the opinion of some achronim that these grains will earn the status of tavshil only if the grains are processed enough to stick to each other due to the cooking process;3 although some achronim put this requirement in doubt.4 As mentioned previously, whole grains that remain intact even though they were cooked would not earn the status of tavshil, unless they break down due to cooking.

In summary, the brachos on whole grains that remain intact even through cooking would be ha’adama and borei nefashos. The brachos on fragmented grains and grains without bran that were cooked and stick to each other due to the cooking process would be mezonos and al hamichia. The various phases and levels of cooking that fall between are debated.

Nature Valley Granola Bars, which are widely available, are made with whole grain rolled oats. These bars have the most potential for ha’adama consideration and in fact some poskim are of the opinion that this is indeed the correct bracha. This is due to the fact that the oats are whole grain and they do not appear to break down during production. Other poskim are of the opinion that even Nature Valley Granola Bars are processed sufficiently to require mezonos. Since there are a number of possible reasons to claim that the oats are processed sufficiently and since one would fulfill his obligation b’dieved if a mezonos is made on oats that were not processed sufficiently, it is advisable to make a mezonos on granola bars.5

Regarding the bracha achrona on Nature Valley Granola Bars, it isn’t clear that one should make an al hamichia, since it is difficult to establish the status of a tavshil. Therefore, one should avoid the issue by not eating an amount that would create a halachic question. The way to do this is to eat less than a k’zayis of oats within the timeframe of kdei achilas pras, approximately 5 minutes. The other ingredients in the granola bar do not count towards the k’zayis. By eating one bar, one has eaten more than a k’zayis of the granola bar as a whole, but less than a k’zayis of oats.6 One should therefore make a borei nefashos. Interestingly, if one is required to make an al hamichia due to other foods that he ate, if one had in mind that the al hamichia would cover the granola bar, no additional borei nefashos would be required.7 If one already ate two bars, and is now in a situation where the correct bracha achrona is in question, one should eat a k’zayis of food that would require him to make an al hamichia.

See “The ‘No Shaila’ Granola Bar” for a recipe & explanation.

5 As per HaRav Shlomo Miller shlit’a