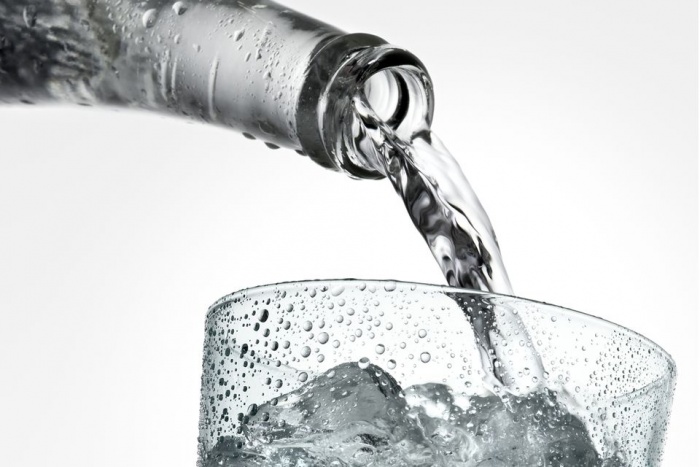 Whether on Passover or during the year, Jews have always loved this carbonated beverage.

Everything has a history. Even water. Or in this case, sparkling water or seltzer.

The concept of sparkling water and its perceived medicinal value goes back to the days of the Greek Empire in 323 BCE – 146 CE. Later, in the 1700s in Germany, wealthy patrons frequented hotels and spas that were built in towns with naturally occurring springs. One of these towns, Niederseltzer, gave “seltzer” its name. By the end of the eighteenth century, carbonated mineral waters were being bottled and shipped all over the world.

In the United States in the 1760s Native Americans believed that natural springs found in upstate New York were of medicinal benefit. During the Revolutionary battles, injured colonists were taken to the “healing” waters to recover from their war wounds. Soon thereafter, the nearby town of Saratoga Springs emerged and eventually became a holiday destination for the well to do. With the popularity of the springs came an entire industry of resorts, gambling casinos, horse racing, and other entertainment venues.

At around the same time that the sparkling spring was gaining popularity, scientists in England were attempting to create the fizzy water in a laboratory, only this time for consumption.

The initial idea of adding carbon dioxide to water is attributed to scientist William Brownrigg in 1740. Unfortunately, Brownrigg neglected to publish his findings. As a result, the actual invention of carbonated water is attributed to Joseph Priestly in 1767. Sadly, like many famous scientists and artists of past centuries, he never benefited financially from his invention.

Priestly was a philosopher, clergyman, and scientist, but most of all, he was driven by the desire to help people. It was curiosity and residing next to a brewery that led him to experiment with the air or gas above fermenting grain. Eventually this heavy gas would be identified as carbon dioxide. Experimenting further, he was able to produce the gas in his home laboratory and found that dissolving it in water created a pleasant and tangy taste.

There are five basic taste sensations perceived by humans: bitter, sweet, salty, sour, and umami. In 2009 after extensive research, the tangy taste of carbonated water was associated with sour.1 It was discovered that the fizz turns into chemical components, one being sour acid.

Like spicy foods, carbonation triggers pain receptors in the brain, indicating we should turn away from such aggressive attacks on our palates. “But,” Zenit and Javier Rodríguez-Rodríguez wrote in a recent study, “humans appear to enjoy the mildly irritating effects.” 2

The carbon dioxide in fizzy drinks triggers the same pain sensors in the nasal cavity as mustard and horseradish, though at a lower intensity, according to new research conducted at the University of Southern California.3

Going back to the 1700s, since Priestly had no interest in commercializing his discovery, another scientist, Johann Jacob Schweppe forged ahead creating the Schweppes Company in 1793. Schweppes then added quinine to the carbonated water to create Schweppes Tonic Water, the world’s first soft drink. At the time, quinine was added in high quantities and thought to be of medical value, since it was used to help fight malaria. Eventually quinine was found to cause various medical complications, so today it is only prescribed for the treatment of malaria. The regulated amount permitted in tonic water is far less than the medicinal amount prescribed to combat the disease. So no, drinking tonic water is not a cure for malaria.

By the 1800s carbonated water or seltzer was gaining in popularity in both the United States and Europe. Chemists and scientists began experimenting and modifying the taste to reduce the sourness by adding various flavours, the first being lemon.

Since the word “Seltzer” was never trademarked, it was available for all to use. Medicinal antacids such as Alka-Seltzer and Bromo-Seltzer soon appeared, capitalizing on the fundamental name. So even today, a beverage and antacid share a name.

From Seltzer to Soda Water to Soda

As seltzer’s and especially flavoured soda’s popularity increased, pharmacists joined the bandwagon looking for ideas to increase offerings at their store. The drugstore soda fountain was gaining momentum as a meeting place for people of all ages. During the prohibition in the 1920s, it became even more popular.

Coca-Cola was born in 1886 when a pharmacist from Atlanta named John Stith Pemberton created a flavoured syrup and went to a neighbourhood pharmacy to have carbonated water added to it for use at his soda fountain. Prior to his death, two years later, he sold the rights to his drink to various parties who then expanded to other cities and then moved on to bottling the drink. To date, it remains the most popular soft drink on the planet.

Pepsi came along a few years later in 1893, created by Caleb Bradham at his drugstore. It was first called Brad’s Drink and later renamed, by Bradham, to Pepsi (Greek for digestion) Cola.

In contrast, natural sparkling mineral waters, such as Perrier and San Pellegrino, are different from seltzer as there is no added artificial carbonation. These drinks are produced from a naturally sparkling mineral spring and tend to contain minerals and sulfur compounds. The plain varieties contain no other ingredients.

The soda syphon, also known as the seltzer bottle, is a seltzer dispenser that keeps its remaining contents under pressure even after use. It was first created in France in 1829 with the invention of a corkscrew that could be inserted into the bottle which permitted some of the seltzer to be poured while maintaining the pressure on the inside and preventing the remaining content from going flat.

The seltzer bottle delivery service became a booming business in the early 1900s in New York and other major cities, especially those with large Jewish populations.

The invention of the first home-carbonation machine was by a London gin distiller named Guy Hugh Gilbey in 1903. This meant that seltzer could be made at home, on demand. This device was the forerunner to today’s SodaStream.

Today, just like when the concept was first invented by Priestly in 1760, carbon dioxide is forced into water under pressure creating a fizzy drink. There are a hundred different flavours available to kick up the taste.

Seltzer and soda have various flavour offerings, carbonation processes, shared production, and bottling equipment. Even the simple club soda is artificially carbonated by adding salt, baking soda, and other ingredients in order to create the flavour of naturally produced sparkling water.

Although it is possible that carbon dioxide is made during the fermentation of sugar in breads, beer, and wine making, COR permits its use. This may be something to note for those who would be more stringent during Passover.

We are fortunate to have many options for Passover certified products available. For example, COR supervises the Coca-Cola Passover production. This begins at the sugar plant where the liquid sugar is loaded onto a tanker that has been designated for Passover use. At the coke production facility the ingredients are checked so that they only contain Passover permissible items.

Another option is SodaStream. The SodaStream CO2 carbonator cylinder is certified kosher for year round use and Passover. It is recommended to use a new water bottle or one reserved for Passover when making the seltzer.

It appears we have gone full circle (full bubble?) from an inventor adding carbonation to water in his home lab to us doing just that in our kitchens. Guess we just like the fizz and bubbles. Why, remains unknown…