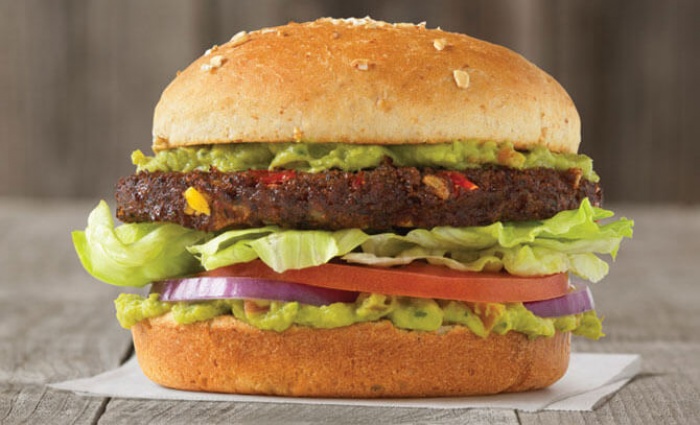 The halachic status of Beyond Meat, Impossible Burger and synthetic meat.

“Every day, thousands of innocent plants are being killed by vegetarians. Help end the violence…EAT RIBS!” These were words printed on a t-shirt proudly worn by one meat enthusiast. But truth be told, such sarcastic rhetoric might soon be counted amongst the minority of public opinion. Currently, 2.3 million Canadians consider themselves vegetarian, a considerable increase from the 900,000 that were counted only 15 years ago. An additional 850,000 people consider themselves vegan. Vegetarians do not eat products that contain any meat, poultry, fish, seafood, or insects. Vegans do not even eat products that contain any animal or animal by-products whatsoever, including dairy and eggs. Most of Canada’s vegetarians are under 35 years old so the rate of vegetarianism is expected to continue to rise.1

The rise of vegetarianism has brought about some incredible innovations in the development of meat alternatives whose tastes and textures are crafted to replicate the real thing. Vegetarians want to consume meat but without compromising their beliefs; and the industry has aggressively sought, for years, to create the perfect alternative. Contemporary options have far exceeded the original veggie burger that was invented in 1982 by Gregory Sams both in taste and in quality.2 Perhaps the most incredible amongst modern innovations is the science of cultured meat. Cultured meat is meat produced by in vitro cell culture of animal cells. Besides cultured meat, the terms slaughter-free meat, in vitro meat, vat-grown meat, lab-grown meat, cell-based meat, cultivated meat, genetically engineered meat, clean meat, and synthetic meat are all used interchangeably to describe the same product.3 Whatever verbiage you choose (we’ll go with “synthetic meat”), it is a fascinating innovation whose kashrus status has been considered by Poskim and kashrus organizations.4 Many are of the opinion that for synthetic meat to be considered kosher, its cells must be sourced from a kosher-slaughtered animal. This is because of the kashrus principle that states that any by-products of a non-kosher animal are also not kosher.5 But the halachic discourse surrounding synthetic meat is becoming more complex. What if high quality stem cells were to be derived from embryos that develop from eggs that have been fertilized in vitro? Surely this should not necessitate shechita, since the embryo is not an animal yet. Further analysis, shiurim, and teshuvos will be required to determine what sources can be used to create synthetic meat.

Should synthetic meat be considered fleishig just like the meat cells they were originally derived from or pareve, since they did not develop on an animal? This question is the subject of current debate amongst the Poskim.6 But even if halacha were to consider synthetic meat pareve, l’havdil, vegans do not consider it fit to be served at their tables. In response to the question as to whether synthetic meat could be considered vegan, Barbi Lazarus of the Toronto Vegetarian Association had this to say:

“Although I’m very much in support of the cultured meat movement, I wouldn’t say it is a vegan product. Because the idea of it is that it is meat, it is just done without having to harm animals or the environment. I think there are probably some vegans who would consider eating it and others who wouldn’t. But at this point I don’t think most vegans would consider the product vegan.”

While the mainstreaming of synthetic meat should significantly reduce the amount of slaughtered animals thereby achieving significant environmental benefits sought by the vegetarian philosophy,7 a vegan would still choose not to endorse any type of meat whose source is an animal.8 The only clear choice for vegans is a truly plant-based product that is specially formulated to taste and feel like meat such as popular new brands Beyond Meat (OK) and Impossible Burger (OU).

Impossible Foods and Beyond Meat are examples of companies that have developed plant-based substitutes for meat products. Such substitutes are free of any animal ingredients but have been designed to look, cook, and taste like the real thing.9 Primary ingredients used in these products include wheat protein and pea protein isolate as opposed to traditional soy. The Impossible Burger, for example, includes an ingredient from soybeans called leghemoglobin, a protein that is chemically bound to a non-protein molecule called heme that gives leghemoglobin its blood-red colour. In fact, heme — an iron-containing molecule — is what gives blood and red meat their colour. Heme gives the Impossible Burger the appearance, cooking aroma, and taste of beef. Some claim to have conducted “taste tests” and that the Impossible Burger cannot be distinguished from its meat counterpart.10

An interesting halachic discussion relates to the mitzvah of simchas Yom Tov. Part of fulfilling the special mitzvah of simchas Yom Tov is enjoying Yom Tov by consuming meat.11 Is the joy specifically felt from the consumption of animal beef or can one experience a similar simcha from poultry or even plant-based meat alternatives? There seems to be two views amongst the Poskim. Some understand that simcha is subjective, based on personal preferences. Accordingly, simchas Yom Tov can be fulfilled through the consumption of poultry12 and other special foods which can be enjoyed as part of the Yom Tov festivity.13 Others disagree and believe that the requirement is to experience the simcha that is specific to the consumption of beef.14 Whether or not you enjoy consuming meat or are a vegan is immaterial. According to this view, one would not fulfill his obligation of simchas Yom Tov through the consumption of a plant-based replication of meat even if it is identical to meat in taste and texture such that one could not tell the difference.

The halachic issue of maris ayin also plays a role in how plant-based meat can be consumed. The Gemara15 states that while fish blood is technically permitted, nevertheless, once it has been drawn into a cup it is prohibited, since it can be mistaken for animal’s blood.16 By extension, Poskim17 prohibited the consumption and even the cooking18 of meat19 together with simulated dairy products.

Can a dispensation be applied to contemporary plant-based meat, essentially allowing them to be served together with cheese or at a dairy meal? Contemporary products have been designed to look, taste, and feel like meat and apparently people are having a difficult time differentiating between the two. I do not believe that we have yet reached the point where such products are prominent enough to alleviate the concern of maris ayin. Therefore, if served in a restaurant, accurate signage would be required on menus and menu boards in order to properly describe their identity.23 At home, product packaging should be used as a heker.24 Finally, at a catered event, a display sign should be put out to indicate that products served are actually pareve.25