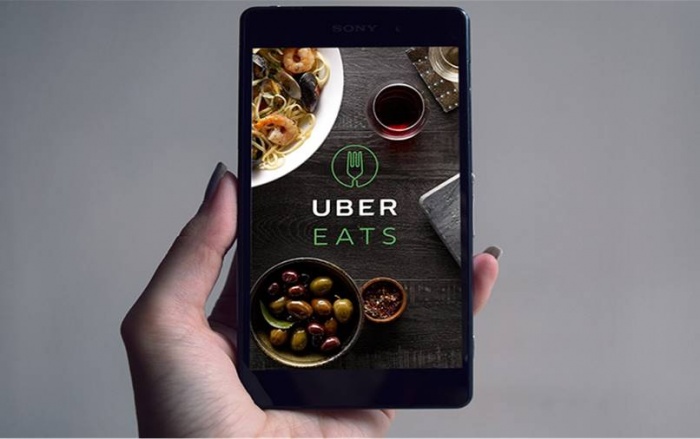 “Almost 30% of delivery drivers admit to taking food from an order, according to a new survey,” was the shocking headline of a Business Insider article dated July 31, 2019. Apparently, US Foods conducted a survey of 500 Uber Eats, Grubhub, DoorDash and Postmates food delivery drivers and 28% of them said they had taken food from a delivery.1 Gulp (pun intended)!

Apparently, Uber drivers, amidst their pangs of hunger, find it difficult to resist the temptation of eating delicious smelling foods that belong to their own customers. The above article goes on to say that the good news is “that just 28% of drivers gave in to that temptation at one point – or at least admitted to giving in to that temptation in a survey – means that far more meals were delivered untouched than vice versa”. Apparently, the inference is intended to be a comforting afterthought! Boruch Hashem, an erliche Yid cannot relate to taking someone else’s food without permission; let alone from those who provide your bread and butter (pun intended, again!).

Uber Eats is Uber’s food delivery platform which utilizes Uber drivers to connect restaurants with consumers.2 Recently, Uber Eats has made significant inroads into the GTA’s kosher food delivery business. There are presently over a dozen COR certified kosher food establishments that are using Uber Eats. While the convenience of ordering from a dozen kosher restaurants from your phone through one convenient, easy-to-use app which holds your credit card information and allows you, at any time, to determine how far away the driver is located is tempting, it has presented significant kashrus concerns which cannot be underestimated.

For example, as I am writing these words, I typed the word “kosher” into the search bar on the Uber Eats website. This produced a list of many restaurants, both kosher and non-kosher. Furthermore, at least two fully-fledged treif restaurants had the audacity to use the word “kosher” as a keyword in their Uber Eats description, in direct violation of the Canadian Food Inspection Agency’s Kosher Labelling Law!3 It is quite possible that an unsuspecting out-of-towner or less-knowledgeable kosher consumer might chas v’shalom order non-kosher food, relying on the description provided by the website as confirmation of its kosher status. But even should the above concern be addressed and rectified, we must still be concerned about trusting a kosher food parcel to a randomly selected Uber driver who happens to be in the neighbourhood.

Indeed, there is a strict set of halachos that govern our responsibility to secure kosher food at all times.4 From the moment that raw ingredients are processed, through production, and until a product is consumed, we must ensure that food is properly supervised5 or otherwise identifiably kosher.6 Even if kosher meat, for example, is cooked in a kosher kitchen under strict adherence to the laws of kashrus, if it is subsequently delivered to the home of a consumer without supervision7 or without being properly identified, then the kashrus of the meat is compromised and the food may8 no longer be considered kosher!9

To be honest, Uber Eats has presented a unique challenge that had not been anticipated and the frequency of mistakes that have been made with deliveries that were not sealed properly, or not at all, was startling. And this occurred even from establishments that were already offering in-house food delivery. In order to understand the difficulty, we need to contrast the Uber Eats scenario with the standard delivery scenario. In the standard food delivery scenario, an establishment is in full control of the delivery process. It deals directly with the consumer, employs its own drivers and naturally assumes responsibility to ensure the quality of the food and the integrity of kashrus is maintained until the delivery arrives at its destination. If the food arrives and the seals are compromised, the consumer holds the establishment responsible and may even be entitled to a refund.10 In contrast, in the Uber Eats scenario, an establishment does not normally have contact with the consumer, rather it interfaces with the Uber system which maintains the establishment’s account and pays for purchased food; thereby accepting full responsibility for delivery.11 The point of sale takes place inside the establishment when the third-party Uber driver picks up the food. These unique differences create a challenge for several reasons.

First, establishments are not generally accustomed to properly sealing products that are sold to consumers inside their own premises. The Uber pick-up is naturally perceived by the establishment’s employees as an in-store sale, not a delivery. Furthermore, employees are often rushed to get the food ready for the waiting Uber driver who does not have the same patience as would an employed driver. In their haste to prepare the order for the impatient driver, seals are forgotten. Finally, who is the bearer of responsibility for food that does not arrive with halachic seals? While you might deem it obvious that the establishment should take responsibility, it is not that simple. It appears that, by its own policies, Uber is required to pay for an accepted food package that includes all the components of the correct order.12 That the food is not halachically sealed for the kosher consumer obviously does not fall on the company’s policy radar. The consumer might be rightfully upset with the establishment who should have known better, but, in this case, that doesn’t necessarily mean that the establishment has a monetary obligation.13 It is the job of COR and other top-tier kosher certifiers to anticipate these problems and develop a set of practical, easy-to-implement protocols to ensure that kashrus is not compromised, which I will call “SecUBER.”

What are the halachic guidelines that must be implemented to ensure the integrity of kashrus when food is en route? In turns out that not every food is created alike. The general practice is to require a “double seal”, sometimes referred to as a “seal inside a seal”, for meat, fish fillets or other similar products14 whose non-kosher substitute constitutes a Biblical prohibition;15 and where there is an incentive, financial or otherwise, to substitute the kosher product for a fraudulent imposter. On the other hand, a “single seal” will suffice for bread, cheese and other kosher products whose non-kosher counterpart constitutes a rabbinical prohibition16; or if there is no benefit from substitution, financial or otherwise.17 While halacha changes depending on the type of food in the delivery, for simplicity sake, COR has implemented a standard SecUber delivery protocol which requires a double seal for all deliveries.

Some examples of practical double seals include:

<li class="a foil container with the lid taped down with two pieces of printed tape in a crisscross (picture 4);

<li class="specialty packaging using a sticker on top to identify the product (picture 5) and a sticker underneath across the seam of plastic (picture 6). Note the seam on the bottom of the package that does not allow the package to be compromised without being ripped apart;

When we discuss seals, it is important to understand that the concept was instituted not necessarily to secure the kosher food nor to keep it safe; but rather to allow us to easily identify kosher food that has been compromised.18 It is not about making it difficult to penetrate but rather to easily detect the absence of a seal or the intentional19 destruction of a seal20 which would indicate that food may have been tampered with.

I will conclude with an important note. One should not immediately assume that just because food is not sealed properly that it is automatically prohibited. Like everything else in halacha, one should consult with a competent halachic authority when a question arises rather than make assumptions to inaccurately overcompensate for mistakes. Specifically, when it comes to the issue of Uber Eats delivery without the SecUber protocols, there are grounds to be lenient after the fact. The halacha states that if food is delivered through a public thoroughfare then we have the right to assume that the driver is afraid to substitute non-kosher food for kosher food.21 It may be similarly argued that since the whereabouts of the Uber driver is constantly tracked by the company and the consumer through the app that he too would be afraid to exchange the kosher food for non-kosher.22 Even if that is the case, all would agree that deliveries should be sealed properly at all costs23 (i.e. SecUber) as Uber drivers seem to be all too comfortable handling your food. Bon Appetite!