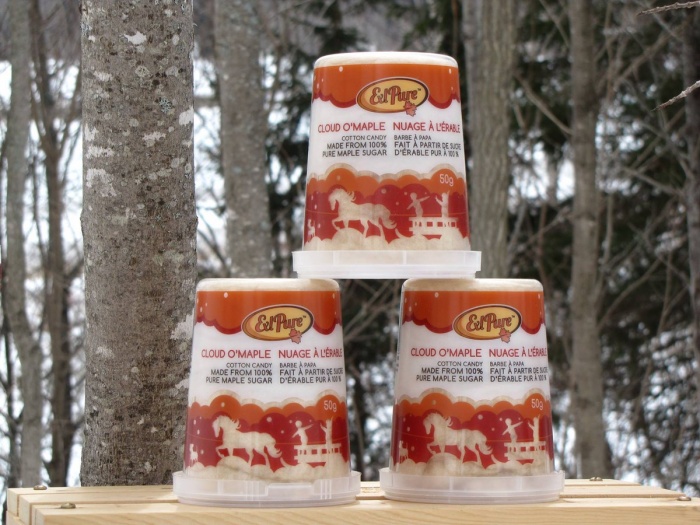 From the beginning, ExlPure’s entire business model was set up to overcome challenges.

It was 2010, shortly after the recession, and like everywhere else, the small community of Northwestern New Brunswick was hit hard. Many people had lost their jobs, and everyone was looking for something to do.

At the time, a group of retired gentlemen who had been successful in that community were looking for a way to give back, and they agreed that the best way would be to form a cooperative, which would employ people from the area, and in which everyone – workers, producers, and investors – would share ownership of the company. The idea was to use raw materials and assets that were found in the area, creating a sustainable company that would carry the community forward for many years to come. Their biggest asset, for starters, was their sense of community and cooperation.

But what would they sell?

So they looked to the maple leaf.

What do small Canadian communities have a lot of? Trees. Specifically, they noticed that there were a lot of maple syrup producers in the area, and figured that might be a good direction to take. But no, everyone sold maple syrup. So what could they produce that was unique? That’s when they hit upon maple sugar.

A Little Background: Maple syrup is made by boiling down maple water to thicken it and concentrate the sugars. In fact, thirty-five litres of maple water makes about a litre of maple syrup. But if you boil it down further – until all the liquid is gone – it becomes a golden maple sugar. In fact, maple sugar has a rich history in Canada, and before the 1930s, with the advent of refrigeration and metal storage cans, maple sugar was what people bought. It had a longer shelf life.

So they decided they would make the best maple sugar in the country, which wasn’t hard, because not a lot of companies make it anymore. Another thing that would set them apart was their idea to use materials solely from their area, in order to provide greater economic development for the benefit of the community. Their product would be pure – it had one ingredient, grown with no pesticides or fertilizers, and free of all known allergens.

But there were challenges. Challenge #1 was that it had to be kosher.

“There’s not a huge need for kosher in the region,” says ExlPure sales manager, Bernadette Maillet, “but for everywhere else if you’re looking to sell an industrial product to manufacturers you have to have a kosher product. You won’t be able to sell industrially if your product is not kosher.”

But as a small, close-knit community, they didn’t even know what kosher was. How do you make something kosher? Where could they even find a rabbi? So they looked it up and stumbled across the Kashruth Council of Canada – the COR. And they never looked back.

“The service was amazing, without exaggeration,” says Bernadette. “It was a great partnership. The whole team at the COR is absolutely informative and supportive in every way possible. To me, that was a great find. There could have been other agencies, but never would I want to look for them.”

But that wasn’t the only challenge. Challenge #2, once they were in business, was explaining to people what maple sugar even was. Time had forgotten this product, and everyone wanted to know why they should buy this new sugar, and why it was orange. So ExlPure had to go around educating people and providing demos.

“But once they taste our products, they’re hooked,” says Bernadette. “Our products are that amazing.”

In the two and a half years since ExlPure opened its doors, they’ve come out with a few other products. The first, once they had their own unique sugar, was to make it into cotton candy. Why not? It’s still just the one ingredient – basically just a cloud of maple. In fact, that’s what they called it: “Cloud O’ Maple.”

They also looked around for another local product they could bottle and sell, and they came upon haskap juice. Haskap, also known as blue honeysuckle, is a super fruit – like a blueberry, but with way more antioxidants and able to grow in cold temperatures. ExlPure crushes the berries and sweetens them with their own maple syrup, giving them yet another all-natural product solely using the resources they already have.

“It’s not hard for us to be kosher,” Bernadette points out, in retrospect. There are only two ingredients in the entire plant, and they’re both all natural. Nowadays, she says, the company is not chasing customers so much as customers are already understanding what they’re doing as well as the benefits of their products and coming to them. They also don’t have to explain to people what maple sugar is anymore and have finally gotten over that hump. Now all they have to do is explain to people what on earth a haskap berry is.

ExlPure was borne of challenges, but the solution, they found, is that G-d gives you everything you need, right in front of you. Everything they use – the maple syrup, berries, and the people – were right there all along. You just have to be able to see the forest for the trees.