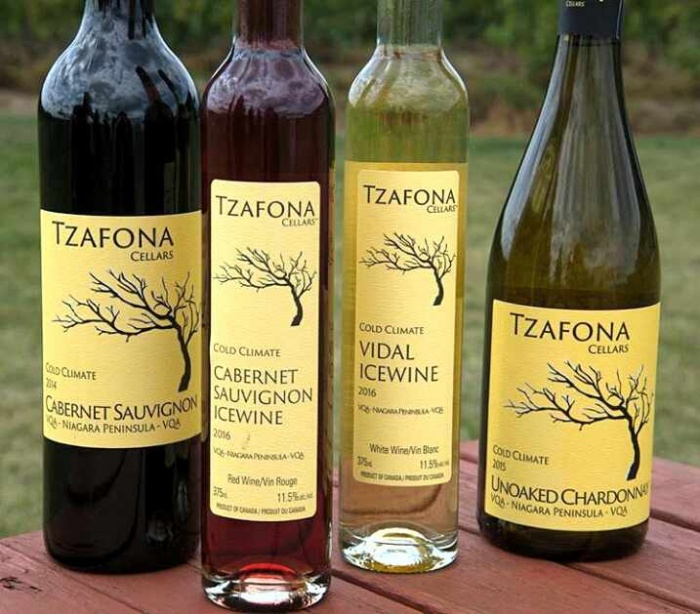 Hashem created the world in a way that every spot is ideal for growing or producing different things. The northern regions of the world, for example, are colder than most, and are good for producing products such as maple syrup – a fact that we advertise on the Canadian national flag – and for producing ice wine.

Ice wine is a type of dessert wine that is produced from grapes that have been frozen while still on the vine, which can only happen in a region that dips below negative nine degrees Celsius. The sugars and dissolved solids do not freeze, but the water does, resulting in a smaller amount of more concentrated, very sweet wine.

The Niagara Peninsula is the principal appellation of Canada’s ice wines, as the cold Canadian winters are perfectly tempered by the waters of Lake Ontario. And therein lies the home of Tzafona wine cellars, which, aside from being the only regular producer of kosher wine in Canada, is also one of the only producers of kosher ice wine in the world. (The other one is in Austria).

Tzafona was started four years ago by Avraham Gislason and Toby Berkel of Toronto. Both appreciated good wine, but were disappointed that the Niagara region, which produces some world-class vintages, had no kosher representation. So they decided to produce high-quality kosher wines that would show the unique character of the area. Together, they purchased a make-your-own-beer facility and went about getting all the proper permits.

“Baruch Hashem you only have to start a winery once!” says Avraham. “We’re required to have four different licenses in order to operate a winery, and each one of them is tremendously difficult to obtain. It literally took more than a year just to deal with all of the licensing requirements.”

They finally got started for the 2014 vintage, making a brand called Tzafona, which means “northward”, highlighting the unique appeal of their wines. Tzafona is a group of high-end, non-mevushal wines, with grapes grown at Diamond Estates Winery in Niagara-on-the-Lake. In 2016, they began producing another brand, Nava, in their own facility in Thornhill. Nava wines are mevushal, and can therefore service the wedding, bar mitzvah, and restaurant market.

But running a winery is not all drinking and having a good time. It also presents its fair share of challenges. One of the biggest, Avraham says, is scheduling.

“We purchase grapes from farmers in the Niagara region,” he says, “and the harvest doesn’t happen based on our preference. When the grapes are ready to be picked, they’re picked, and we have to be ready to process them. Since we’re a relatively small producer, we often have to be ready to receive our grapes when a larger winery decides it’s time to pick them, and they don’t care if it is Friday or Shabbos or Yom Tov!”

The immediate processing to which he’s referring involves de-stemming and crushing the grapes, and additionally, in the case of white wine, pressing them to separate the juice from the solids. If these steps are made to wait for a day or two, the juice could oxidize and give the wine a bad taste. And as it is, the grapes are generally picked in the morning and not delivered to their Thornhill facility until that night.

“One time we actually received grapes on Thursday evening,” Avraham says, “and we stayed up all night processing them to avoid being in a difficult situation on Erev Shabbos.”

The two have had to come up with strategies to deal with this. For one, they always have all their systems sanitized and ready to go. They’re also constantly working on new systems to process the grapes that the non-kosher wine producers would not have to develop, such as:

1. Holding the grapes over Shabbos at a certain temperature.

2. Finding a way to crush them in Niagara-on-the-Lake, where they’re grown, and then shipping the juice to Thornhill. Whereas fresh-picked grapes are shipped in open-air containers, juice is shipped in airtight containers, thus preventing oxygen contact.

They also credit their tremendous relationship with COR, an organization that they find to be tremendously flexible – not in halacha, but in accommodating their strange hours.

“I work directly with Rabbi Yehoshua Norman, who is the COR’s wine expert,” Avraham says. “He is really the perfect person to work with in the kashrus field. He is friendly and personable, always trying to be as helpful as possible, and always available for questions and ideas. This, in combination with his attention to detail and his broad knowledge of halacha, makes him a valuable asset.”

But above all, they’ve learned that that worrying about the situation isn’t going to accomplish anything.

“When things seem to be difficult and potentially impossible to deal with due to our specific requirements,” Avraham says, “we’ve learned to not be stressed. Whatever happens is the will of Hashem.”