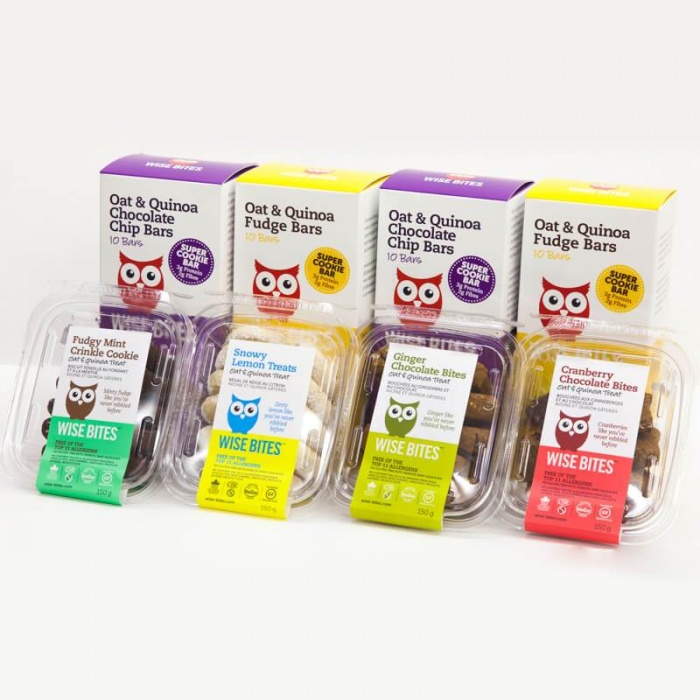 When Cathline James was nine years old, her mother was diagnosed with cancer. Six years later, her mother passed away.

In Cathline’s mind, she decided that cancer is caused by what a person eats. She was convinced that her mother’s rich diet was what poisoned her body. Based on that, Cathline tried to formulate a healthy diet for herself – avoiding those foods – carrying that philosophy until this day, well into motherhood. She raised her children on nutritious foods and, like all good mothers, is always there for her kids and they are there for her too.

She’s also a serial entrepreneur. Cathline has moved several times in her life, and with each time, she’s tried her hand at a new business, from farming in Alberta to women’s clothing retail in Victoria to being a training consultant in Switzerland.

But her mind kept coming back to healthy eating. She noticed that, as healthy as she tried to be, news stories kept rolling in about obesity and food being full of harmful chemicals that are not technically food. She learned that the diets of Canadian children are – despite everyone’s best efforts – still on the decline.

She wondered, “Why are there so few healthy options in grocery stores?” Prepared foods in particular. There are always raw materials, such as fruits and vegetables and nuts and cheese. But what if you’re allergic to nuts or dairy? What if you want something quickly on the go? Being healthy doesn’t have to mean that every time you want to eat something, you have to allow for prep time. And what if you’re just craving cookies? Even most of the bars out there, while rooted in healthy grains and good intentions, are sweetened with corn syrup.

Sure, people say, “Let them eat junk food once in a while; they’re just kids.” But doesn’t what they eat today stick with them tomorrow?

“Why can’t we see the connection,” Cathline asks, “between how we reward our children today and the illnesses they may have to endure in the future?”

After all, she herself changed her diet as a kid.

So she started Wise Bites, based in Richmond, British Colombia, which makes cookies and bars – but healthy ones, designed to accommodate your sweet tooth and your chocolate craving. Instead of sugar, she sweetens them with fruits, such as date paste, and the base of her products is quinoa flour, which has amino acids, plus minerals and protein.

Her goal, she says, is to give everyone healthy choices. It has to be healthy, and it has to be free of the top 11 allergens – no nuts, wheat, eggs, soy, sesame, shellfish, dairy, and so on. It also had to be kosher, obviously, because if you’re going to work extra hard to make sure everyone could eat it, “everyone” should include “people who keep kosher.”

But even doing so was not without its challenges. For example, although this was Cathline’s fifth start-up, it was her first in the food industry. She had to learn fast and work extra hard to stay in business. She had to wear way more hats within her company than she thought she would – production, procurement, sales, quality control – and that was on top of keeping up with all of the certificates she had to maintain: gluten-free, vegan, non-GMO, HACCP, and kosher.

Some of those were easier than others, she says. She commends COR on being very supportive and patient with companies that don’t understand the ins and outs of kashrut.

“Being involved with COR has been a positive experience,” she says. “In his visits on-site, Rabbi Adler makes that human connection that we all appreciate.”

By this point – five years in – she has scaled up and has a staff to help her, to the point where her company cranks out over 2,100 cookies in six minutes. But, she says, she never would have made it through those early days if not for the fact that, as she points out, “I love what I do.” If it’s a job that your heart is in, it makes things easier.

But she looks back on her past challenges as having made her what she is today. “In a way,” she says, “my challenges called upon me to be more creative, and that’s the biggest coup for me – it’s what I am – an entrepreneur, really. Entrepreneurship allows you, on a daily basis, to think about what you can do better tomorrow.”

Cathline is also all about how, if something happens to you, you learn from it and strive to not let it happen again – you use the difficulties in your past to help you decide what’s important to you and to make yourself a stronger person in the long run.