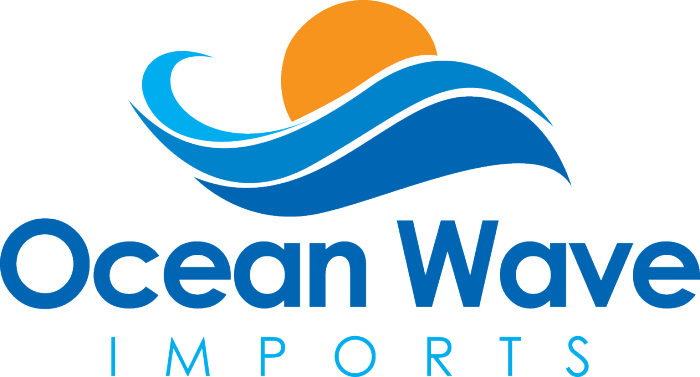 Ocean Wave Imports has a colourful background, and not just because of all the tropical fruit they import. Ganesh Lachman, originally from Guyana, was working in the agricultural field before he decided to move to Canada in the mid-1970s to find a better life and career for himself and his family. His son, Ashwin, explains, “My parents faced challenges in finding work. They were qualified for jobs, but due to their background they were often overlooked. Through connections when arriving in Canada, my father got his first job working for a large hotel chain.” After a few years, he was promoted to head purchaser of food and beverages. The skills he acquired helped him open what became a successful Caribbean grocery business in Etobicoke.

But the Lachmans’ involvement in the grocery business didn’t stop there. Ashwin, an IT consultant by trade, had always helped manage his family’s grocery store. One day, he decided he wanted to start working for himself and create something unique in the produce sector in Canada. So, he quit IT consulting and, with the help of his father, started his own business. Instead of opening up a store like his parents, he began importing products and selling to other grocery retailers under the name Ocean Wave Imports. “What inspired me to start this business,” Ashwin says, “is seeing the potential in my father’s Caribbean grocery business. Ocean Wave Imports started off as an idea directly importing our produce and reselling at competitive pricing. It wasn’t until I imported too much product and had to quickly move it was when I saw the potential to sell to other like grocery stores.” As his clients expanded, so did his products, and he soon needed a warehousing space to store the products he imported.

“After doing this for a year,” Ashwin continues, “I came up with a new concept that I haven’t seen in the market before—fresh cut ethnic vegetables.” Now in the business for quite some time, he realized that nobody was operating in that space. There were a lot of companies providing the classic sliced vegetables such as carrots, turnips, and butternut squash, but nobody was selling sliced vegetables such as pumpkins, long beans, bitter melon, and okra. Ocean Wave Imports would be the first of its kind in Canada to offer fresh-cut ethnic produce in addition to imported tropical fruits from all over the Caribbean. He pitched his initial idea to Sobeys, and today Sobeys and Fresh Co are his two biggest clients.

“It was definitely a gamble to see if the diced ethnic line would work or not, but I would 100% say it was a success,” Ashwin says. “Though there was customer reluctance to trying the new products, we have seen a lot of growth, and a lot of consumers are asking for things week after week.”

Ocean Wave Imports’ products are certified by Foodland Ontario. The company teams up with local growers in Ontario to buy as much local product as they can. While visiting kosher stores, Ashwin realized that he hadn’t seen kosher certified produce before. He explains, “I did some research and thought maybe we should try to have a kosher line to attract additional customers. We wanted to stand out in the marketplace and attract all potential customers.” He realized that it gave them an advantage to have the Foodland Ontario designation, so why not try out kosher?

So, they teamed up with COR to certify their fresh-cut ethnic line and the majority of their pre-packaged vegetables. Ashwin explains how the decision gave him the advantage he was looking for. “COR certification gives us more of an edge when we market our products to become a trusted brand with consumers. The COR designation means a lot to how the food is processed and packaged and gets to the customer. The designation means you need to keep up the level of cleanliness and also gives assurance to our customers of our strict processes in place when handling food.”

Ocean Wave Imports is still the only company marketing sliced ethic vegetables in Canada, and Ashwin’s father still owns the original supermarket that got everything started. Both are bringing the tastes of their family’s past to the Canadian palate. From immigrants to importers, the Lachman family is doing their best to make sure Canada tastes just like home.