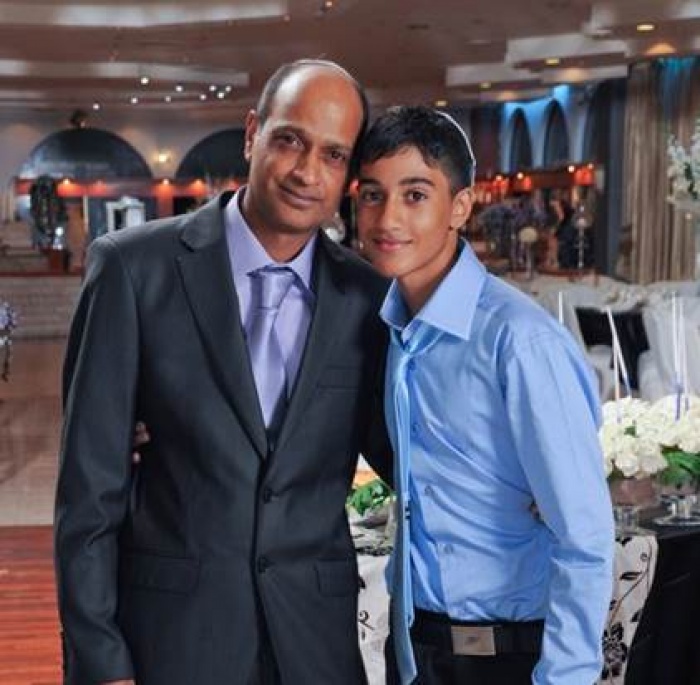 In the neighborhood of Thornhill, Ontario, sits the only kosher meat Indian restaurant in all of North America. It offers traditional Indian dishes as well as Indochinese dishes, with the traditional level of spiciness toned down to suit northern tastes. (Though brave customers could order spicy on request).

It was the dream of Shachar Kalgal, who, as you can probably guess, is not from around here. Shachar is not from India either. He’s actually from Moshav Aviezer in Israel, a rare, mostly Indian moshav near Beit Shemesh.

“My grandparents came to Israel with my parents and hundreds of others during the Cochin Aliyah from India in the 1950s,” he says.

It’s hard to say how long Jews have been living in India. Some records say the first Jews sailed there on the ships of King Solomon; others say they came during the Babylonian exile; and still others say that they fled to Malabar after the destruction of the Second Beit Hamikdash.”

So it may well be that the Jews of Cochin (or Kochi) have lived for two millennia or more on the fertile Malabar coast of southwest India – the tropical area that is now called “Kerala”, named for the kera, or coconut palm tree, that is a staple of the land’s economy. For thousands of years, they lived as a cohesive community, coexisting in harmony with the other communities without experiencing any of the anti-Semitism and persecution that plagued Europe over the years. As such, their decision to leave for Israel en masse once the new state was established was not an easy one. Yet they dreamed of the land of Israel and aspired to immigrate there. So in the 1950s, the community sold all its assets and financed some settlements in Israel. One of these settlements was Moshav Aviezer.

“We were 40 families that came together,” Shachar says. “We maintained our culture, heritage, and food. My parents spoke Malayalam. I grew up speaking Hebrew, but understood Malayalam, as this was the language that my parents spoke. We lived a very simple life on the Moshav, surrounded by family and friends all the time.”

Shachar went to yeshiva, coming home every afternoon to help his grandparents on the farm, and, when he turned 18, joined the army for 3 years for his national service. He later used those talents working in security, and that’s when he met a girl from Winnipeg.

“My wife, Lori, and I met in Israel in 1994, when she was on a trip volunteering for Magen David Adom (Israel’s national ambulance and blood bank service),” Shachar explains. “I was situated as a security guard in the area where she was staying. We dated for a brief period, and during her short stay, Lori was able to meet my family and spend time with us during Sukkot. She then returned to Winnipeg in October to finish her Nursing degree.

“We continued to talk on the phone and write letters – real letters that we sent in the mail and arrived 2 weeks later. Our phone bills were outrageous. Finally, Lori invited me to come to Canada, and I did. I left Israel for the first time in my life and flew to Winnipeg in December in negative 30-degree weather, wearing an Israeli jacket and runners. My family thought I was crazy, but I knew this was something special, and I was right. After 3 weeks, Lori and I were engaged, and I soon returned to Israel to plan our wedding.”

The couple married in Israel the following November. Shachar worked as a store manager, and Lori worked as a nurse in a hospital in Jerusalem. But shortly prior to the birth of their first son, a family tragedy spurred the couple to move to Canada to be with Lori’s family. Once in Toronto, Shachar started his own cleaning and painting company, while Lori continued her career as a nurse.

But finding himself in a strange land with no Israeli Indian friends to speak of, Shachar missed the taste of home.

“I miss a lot about living in Israel,” he says. “I’m torn between 2 places. My father, my siblings, and my extended family are in Israel. My heart is there.”

And he definitely missed his mother’s cooking.

“I grew up eating food from Cochin,” he says. “My mother was a great cook. I missed her food so much that I learned how to make it. My wife is a nurse and works a lot of shifts, so I have always helped her with the cooking.”

His dream was to open an Indian restaurant. The logic was simple. When you live somewhere where there’s no one like you, open a restaurant. Serve a food that no one serves.

But the timing wasn’t really right to pursue his dream. “We had only planned to spend a few years here,” he says, “even though we stayed for seven years and the birth of two more children.” The family moved back to Israel in 2005. Then, in 2011, another tragedy in Canada caused them to move back to Toronto, this time with five kids in tow, and they started to rebuild their lives here. Shachar went back into painting, but Lori pushed him to follow his dream.

“Although I had always loved cooking,” Shachar says, “at that point I hadn’t cooked for anyone but my family. So I began cooking for friends. As people loved the food, I realized it was time to cook for others. We started a catering business out of our Shul, JRCC of Richmond Hill, with the blessing of our rabbi.”

That eventually grew into Shalom India – the one and only kosher meat Indian restaurant in North America.

“Many non-Jewish people who love Indian food yet have dairy allergies come to us,” he says.

“COR has been very supportive of my business since I began,” he notes. “The mashgichim have helped and taught me a great deal from the time I first met with them.”

It’s been a great challenge to start an Indian restaurant in Toronto, though:

“We are very customer-service oriented,” he notes. “We know that people are unfamiliar with Indian food, and we spend lots of time explaining and offering tastes of our dishes. On the other hand, a large portion of the population are chozrei ba’teshuvah and know Indian food. You cannot fool them, so we have passed the test of authenticity.”

Aside from bringing his family closer together, as Lori and their eldest son both work in the restaurant, it’s also put him in touch with many other Indian-born Jews. “Toronto has a very large Indian Jewish population,” he notes, “though most of them come from Bombay (which is a 25 hour drive north of Cochin). I didn’t realize the number of Indian Jews in Toronto until I opened the restaurant.”

So even though he doesn’t feel truly at home here in Canada – a stranger in a strange land so to speak – Shachar is comforted by the fact that Shalom India is his home away from home.